Environmental Components and Hazards are special parts of Locales in Monster Hunter World (MHW); these can be endemic plants and animals, or parts of the terrain. They present either a dangerous scenario or a helpful tool for Hunters when tracking, capturing or defeating monsters in specific areas, and should be considered when preparing for a hunt.

There are myriad endemic creatures and points of interest in the environment that will help you on hunts. You can see where and what they are by checking your map.

Each useful part of the Environment has a different effect. Some Components and Hazards can be triggered by Hunters for traps or recovery, while others are passive and require preparation from Skills, Specialized Tools, or Items to overcome or utilize.

The Environment and Hazards

The following is a list of Environmental Components and Hazards. Some hazardous creatures, also known as Endemic Life, can be captured and kept as Pets. For additional information on these creatures, see their individual pages.

Vitalilies are plants that release a curative nectar when struck. This nectar restores the Health of anyone that touches it.

Vitalily can be recognized by its white bell-shaped flower. Areas with Vitalily usually have two or three plants, allowing a team of Hunters to maintain Health through a long fight. They can be triggered up close or at range with Weapons or Slinger Ammo. 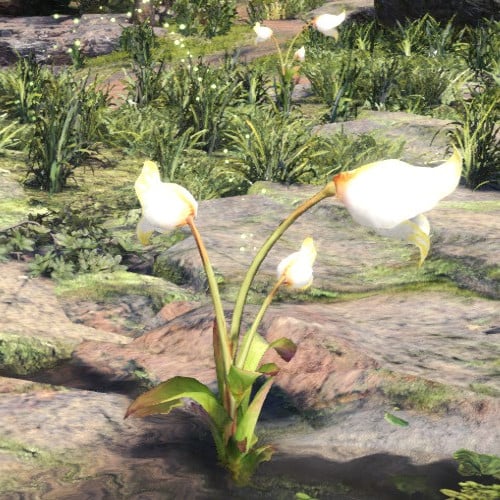 When struck, Flashflies emit a flash of light that can stun Monsters. The flash is stronger when more Flashflies are stuck at once.

Flashfly Hazards, separate from the Flashbug Material Item, appear as a cluster of bright insects. They can be triggered up close or at range by a Weapon or Slinger Ammo to make an escape or stop a large attack. 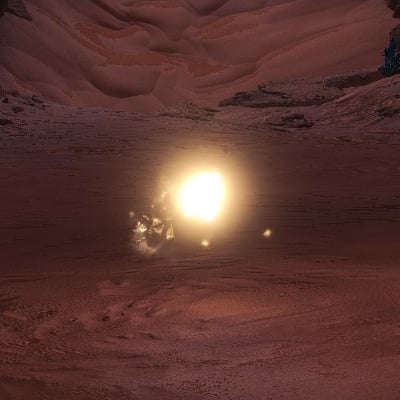 When struck, Sporepuffs release a cloud of spores that can be used to provide camoflague.

Sporepuffs can be recognized by their spherical fuzzy flowers. They can be used to hide similarly to tall grass and Smoke Bombs, and provide Health when used in conjunction with the Sporepuff Expert Skill. They can be triggered up close or at range with Weapons or Slinger Ammo. 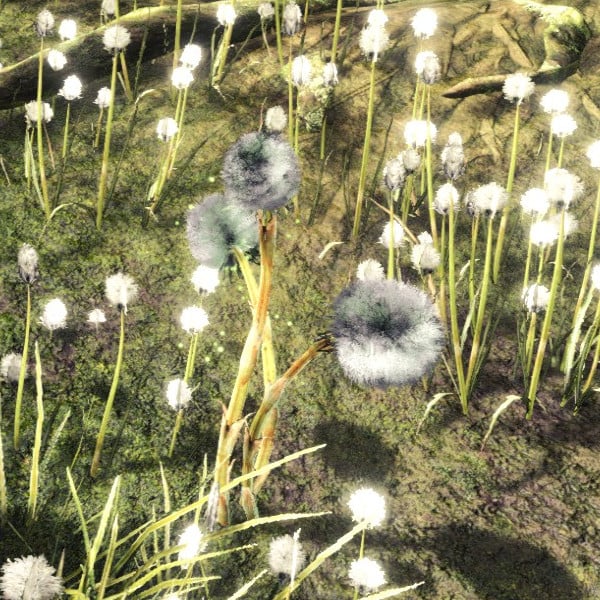 When struck, Paratoads release a spray of gas strong enough to paralyze even large Monsters.

Paratoads can be recognized by their bright yellow coloring. They can be triggered up close or at range with Weapons or Slinger Ammo, allowing a Hunter to set up a powerful trap with good timing. The gas they release persists for five seconds. 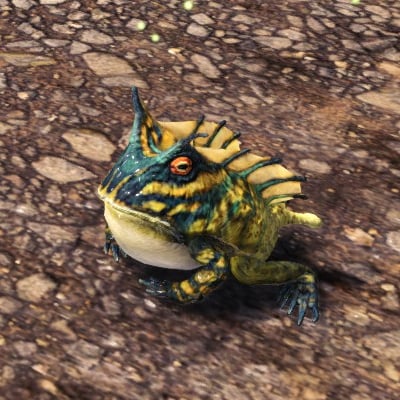 When struck, Sleeptoads release a spray of gas strong enough to put even large Monsters to sleep.

Sleeptoads can be recognized by their bright blue  coloring. They can be triggered up close or at range with Weapons or Slinger Ammo, allowing a Hunter to set up a powerful trap with good timing. The gas they release persists for five seconds. 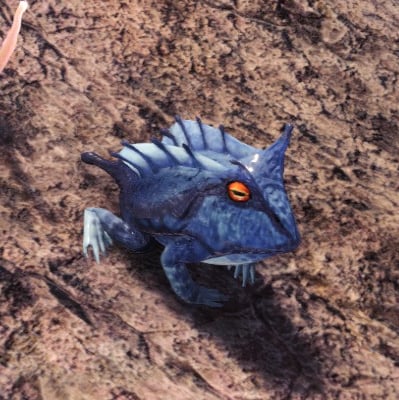 When struck, Nitrotoads release a spray of volatile liquid that explodes with enough power to stagger even large Monsters.

Nitrotoads can be recognized by their bright red coloring. They can be triggered up close or at range with Weapons or Slinger Ammo, allowing a Hunter to set up a powerful trap with good timing. The gas they release persists for five seconds. 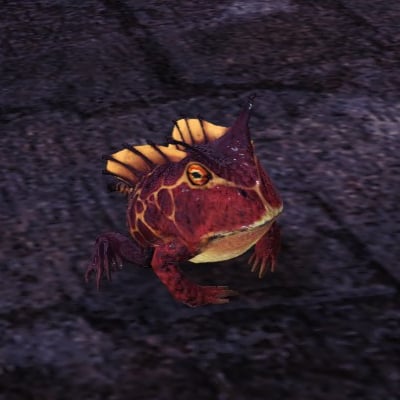 These nutrient-rich larvae can be consumed to halve Stamina depletion for a short time.

Wiggly Litchi appear as large white larvae living on rotting logs. Their buff is identical to that of Dash Juice, and is useful when wielding Weapons that require careful management of Stamina. 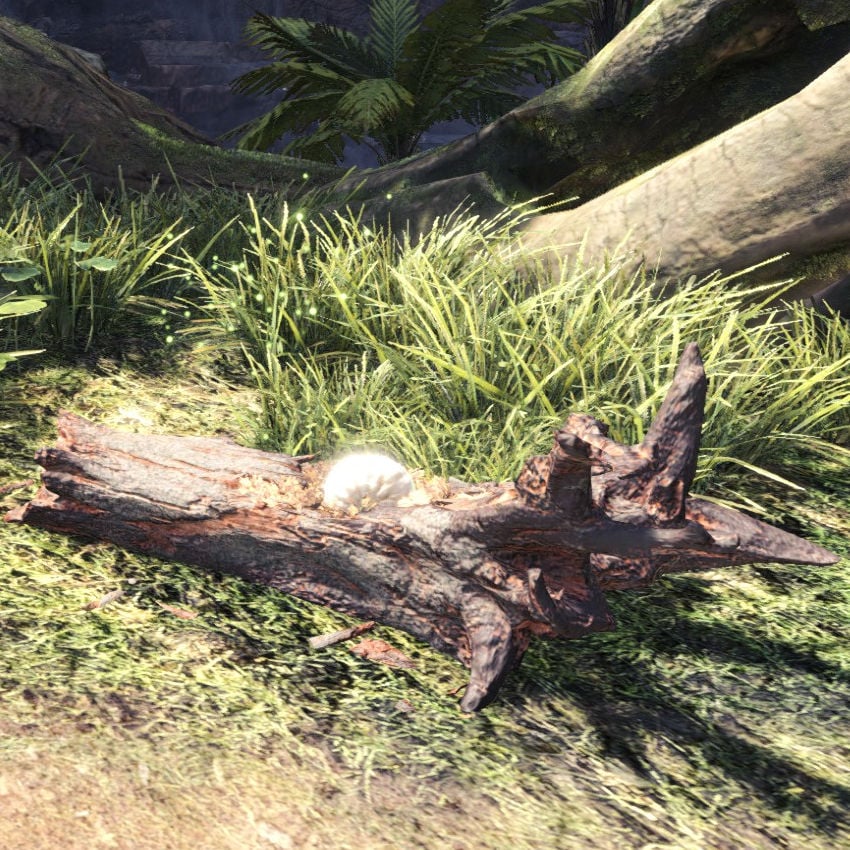 Vigorwasps collect Vitalily nectar to make their honey, and release it in a cloud when struck. this can serve as a useful method of healing when out in the field.

Vigorwasps can be recognized by their bright yellow coloring and by the large glob of bright green nectar that they carry. Their effect is identical to that of Vitalilies, and can be triggered up close or at range with Weapons or Slinger Ammo. There also exists a special Giant variation which recovers more Health. 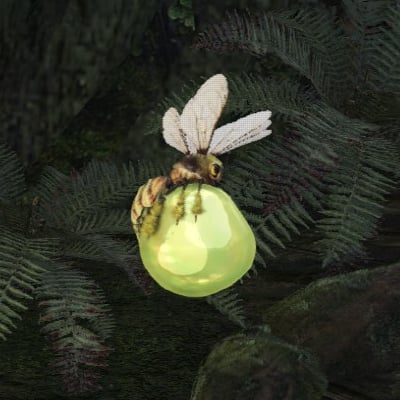 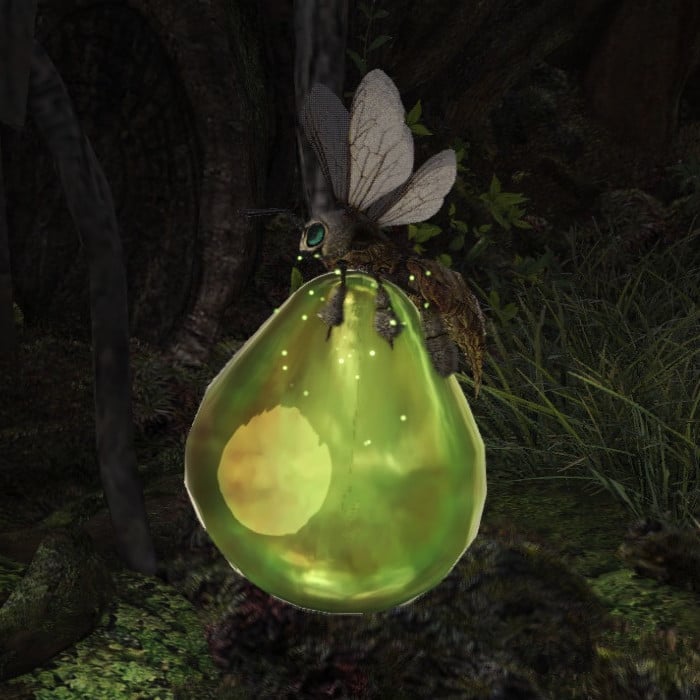 Poisoncups release a shower of poisonous fluid when struck. Watch your step, as the poison remains pooled on the ground for a short time.

Poisoncup can be recognized by its large pitcher-shaped flower, while Poisonlanterns look like a large bulb close to the ground. They can be triggered up close or at range with Weapons or Slinger Ammo. The poison they leave persists for one minute, allowing for multiple successive Poison Ailments on the same Monster. 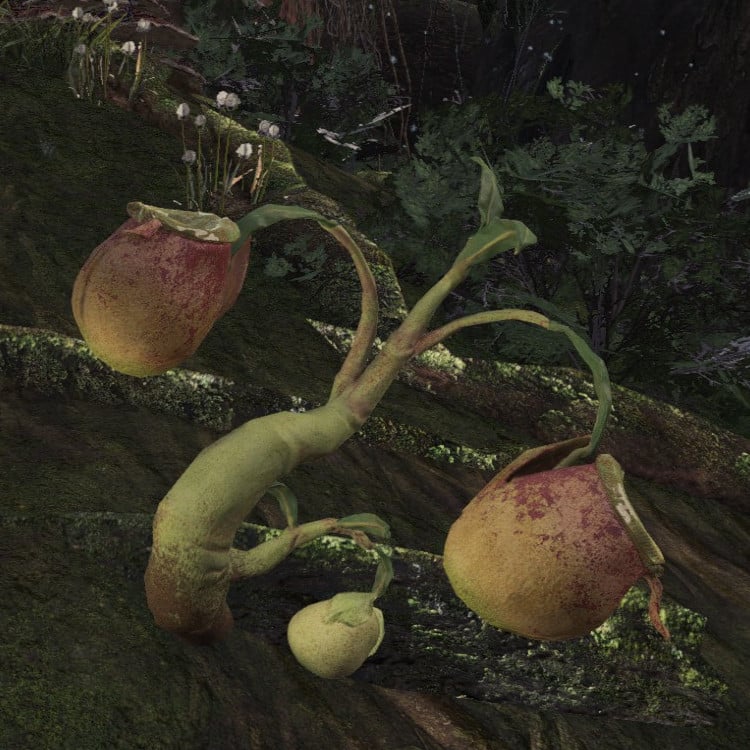 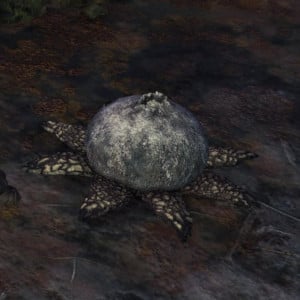 Wedge Beetles can be found in many different places. Fix your aiming reticle on one and press

to hook onto it and swing across.

Wedge Beetles can be recognized by both their bright glowing abdomens and the distinctive chime they emit. They are usually found in high places and can be used for mobility and aerial attacks. 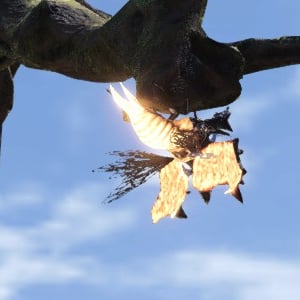 These plants will release a warm wind that increases Ice Resistance and negates Iceblight when struck. 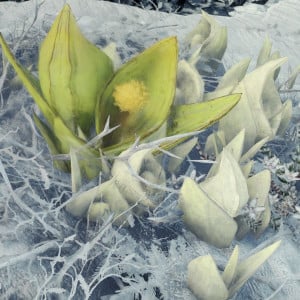 Has a stimulating effect, causing improved blood flow and increased strength when eaten. 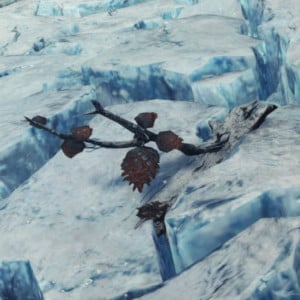 Locations of Environmental Components and Hazards

All of the above mentioned Components and Hazards - along with other special Hazards such as dams and boulders - are listed here:

Preparing for the Environment and Hazards

Certain Skills, Items, and Specialized Tools protect players from the Environment and Hazards or allow them to be utilized. These are: