First Wyverians are NPC in Monster Hunter World (MHW). NPCs are non-playable characters that interact with the Hunter during the story or optional activities in game.

Mysterious members of the Wyvernian race, they appear as they please on the Hunter path to help them. Holders of great knowledge, often lost to humans, they may still hide some secrets awaiting to be discovered.

Important note: They DO NOT show on the map like other NPCs, but the green marker over their head is visible through walls when close enough. They share their spawn point. This list is currently incomplete

The First Wyverians have been living in the New World since ancient times. They keep their faces hidden, so it's impossible to know their ages. While they give tips and item support to passing hunters, it seems that they are testing something. They have observed the Commission for a long time and learned human language. They judge things by a unique standard of values and are generally mysterious. 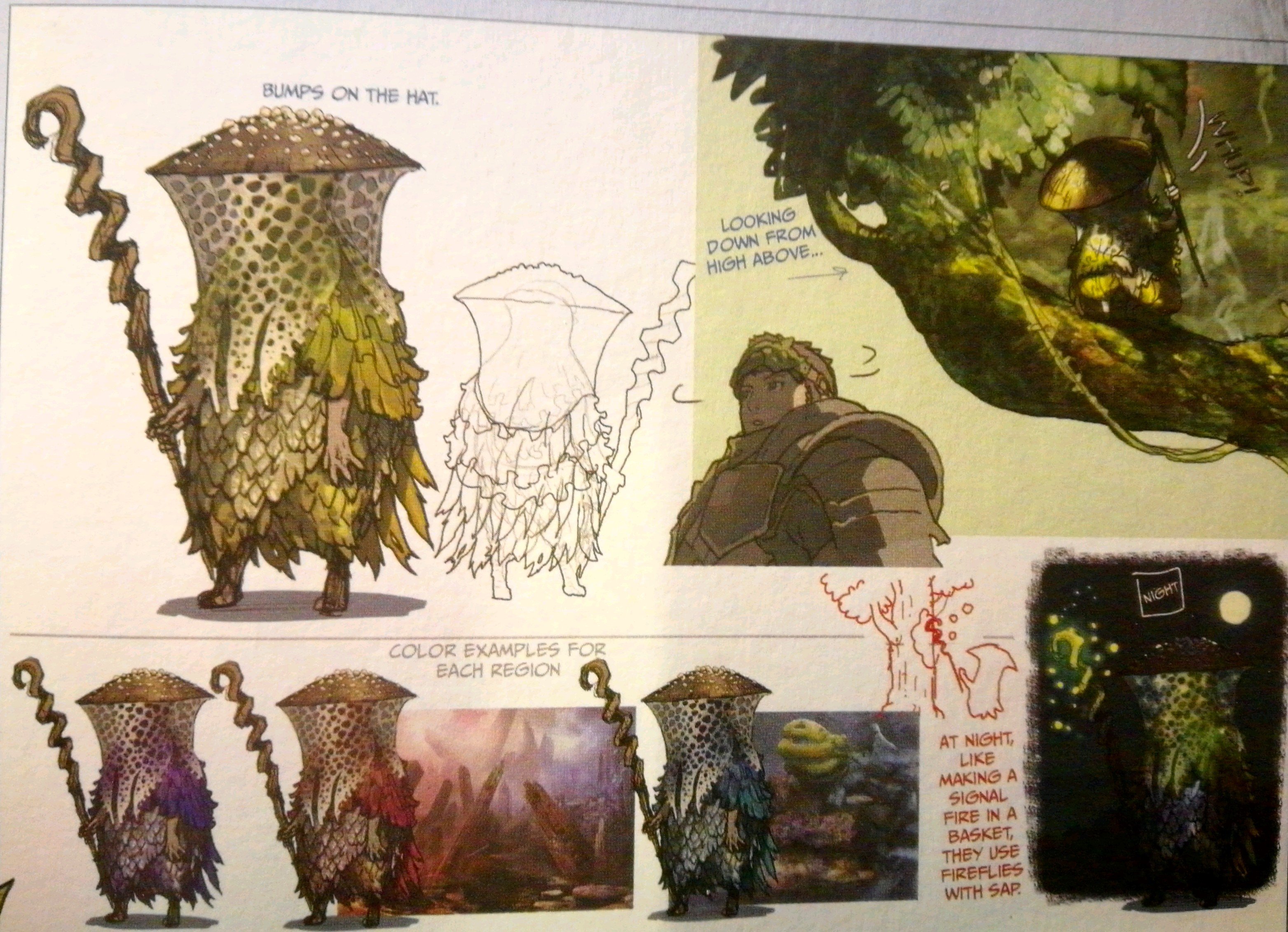 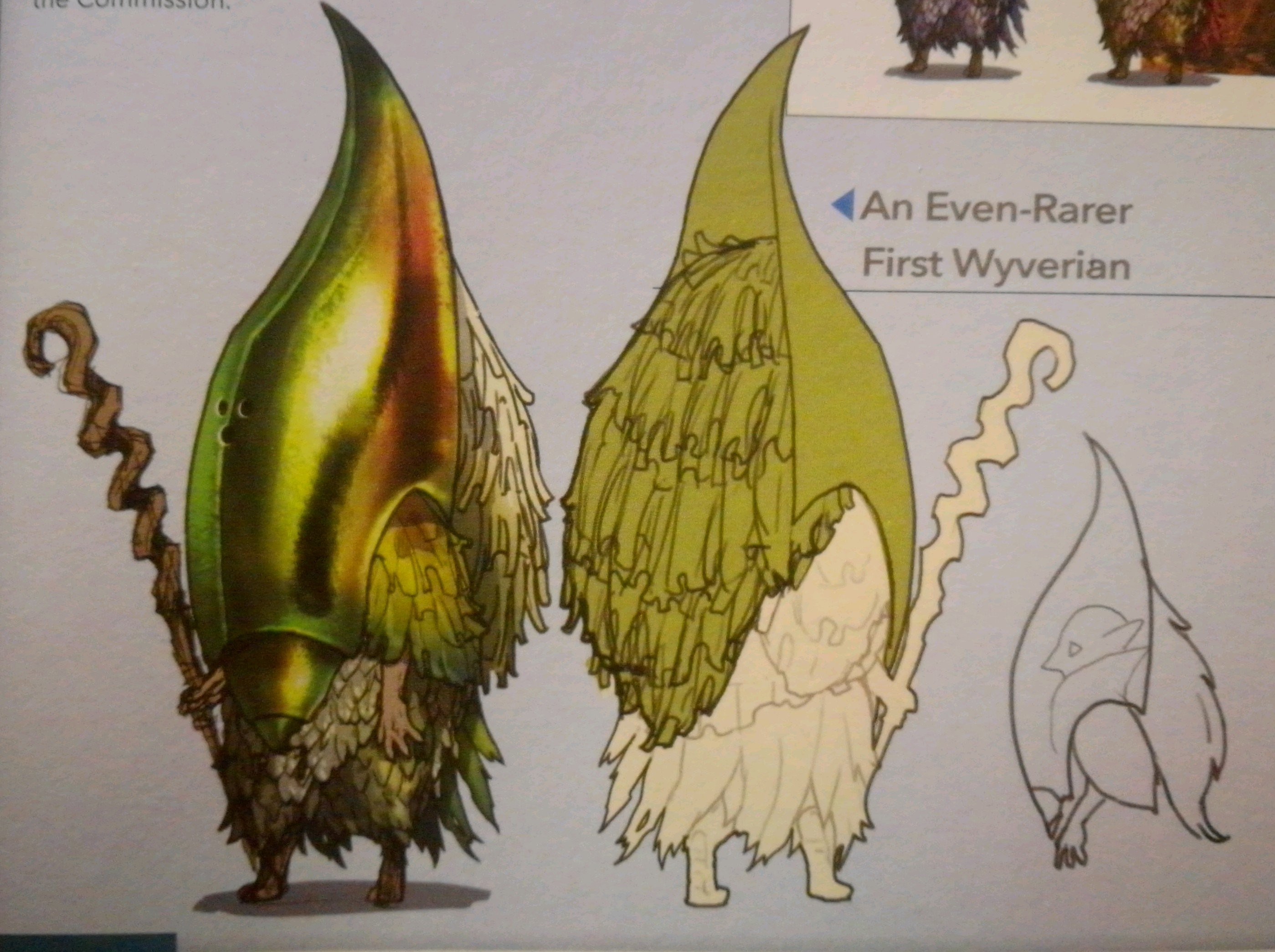