The Provisions Stockpile is an NPC in Monster Hunter World (MHW). NPCs are non-playable characters that interact with the Hunter during the story or optional activities in game.

A man in the Fourth Fleet who deals with the Provision Stockpiles. He's an old friend of the Provision Manager and came to the New World as her right-hand man. He has a good nose for figuring out what resources are needed. He is frugal and strict when it comes to accounting.

A place where Commission members can purchase hunting gear and daily necessities. The Provisions Stockpiles trades in merchandise while standing atop a pile of boxes and being surrounded by large monster number of goods.

There are three Provisions Stockpiles available, found in Astera's Tradeyard, the Research Base, Seliana's Central Area, and the Gathering Hubs of both Astera and Seliana. At these places, Hunters can purchase many Items to help them prepare for hunts - sending them either to their Item Pouch or their Item Box.

The following is a list of all the Items available for purchase. Some Items become available as the Story progresses.

Most Item Prices are halved during seasonal events.

: Unlocked after completing One for the History Books

: Unlocked after completing A Colossal Task

: Unlocked after completing Old World Monster in the New World

: Unlocked after completing Ready to Strike 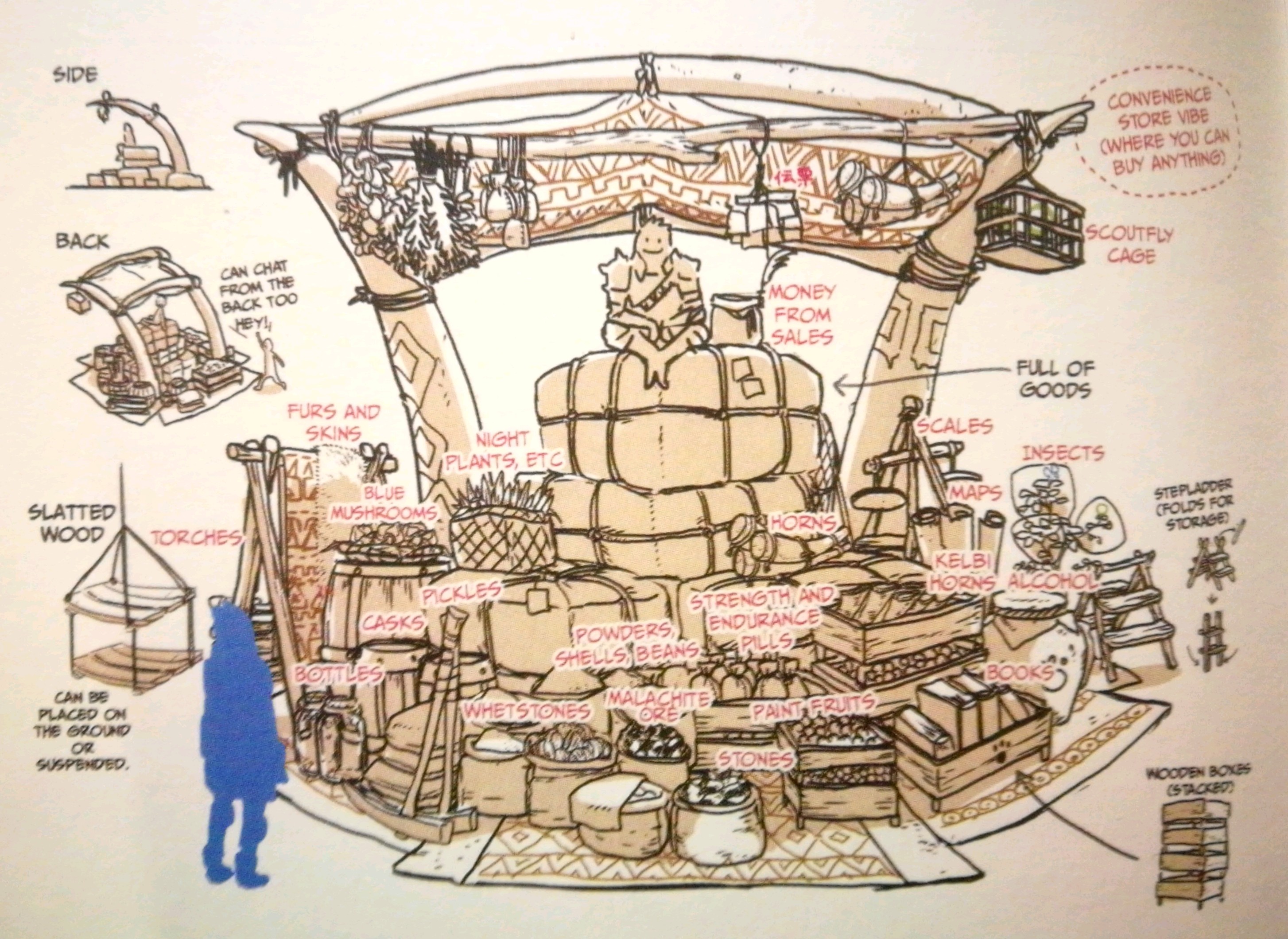