Serious Handler is an NPC in Monster Hunter World (MHW). NPCs are non-playable characters that interact with the Hunter during the story or optional activities in game.

An A-Lister and handler in the Fifth Fleet. She's the Excitable A-Lister's strait-laced partner and model Commission member. Though she can be unflinchingly responsible and duty-oriented, she's well-known for striking a good balance with her more flexible and rough-around-the-edges partner. She's very quick to offer help to friends in need, and is quietly grateful to have made so many close friends since joining the Commission.

She wants to be free without having to live in a prescribed way. She left home in defiance from her parents and relatives, Her elder sister was the only one who approved of her joining the Commission. However, after actually being in Astera, she has come to understand just how much those around her were trying to protect her, and she plans to return to her family when their mission is complete.

Whenever the Serious Handler finds something new, she wants to look at it, interact with it, and see what it does. She searches for data gathered by the compilers of the Fourth Fleet, and she also shows an interest in the Handler's personal project to catalog every last edible and potable in the New World. When she visited the Rotten Vale, the unique ecosystem there moved her heart, and she was surprised and excited by the many flora, fauna, and monsters she saw there for the first time.

A Handler who has come to the New World as one of the A-Listers of the Fifth Fleet and serves as the partner of the Excitable A-Lister. She has read various academic texts and has a wide breadth of knowledge in many areas. She has a strong spirit, and those around her acknowledge her intelligence and quick comprehension. 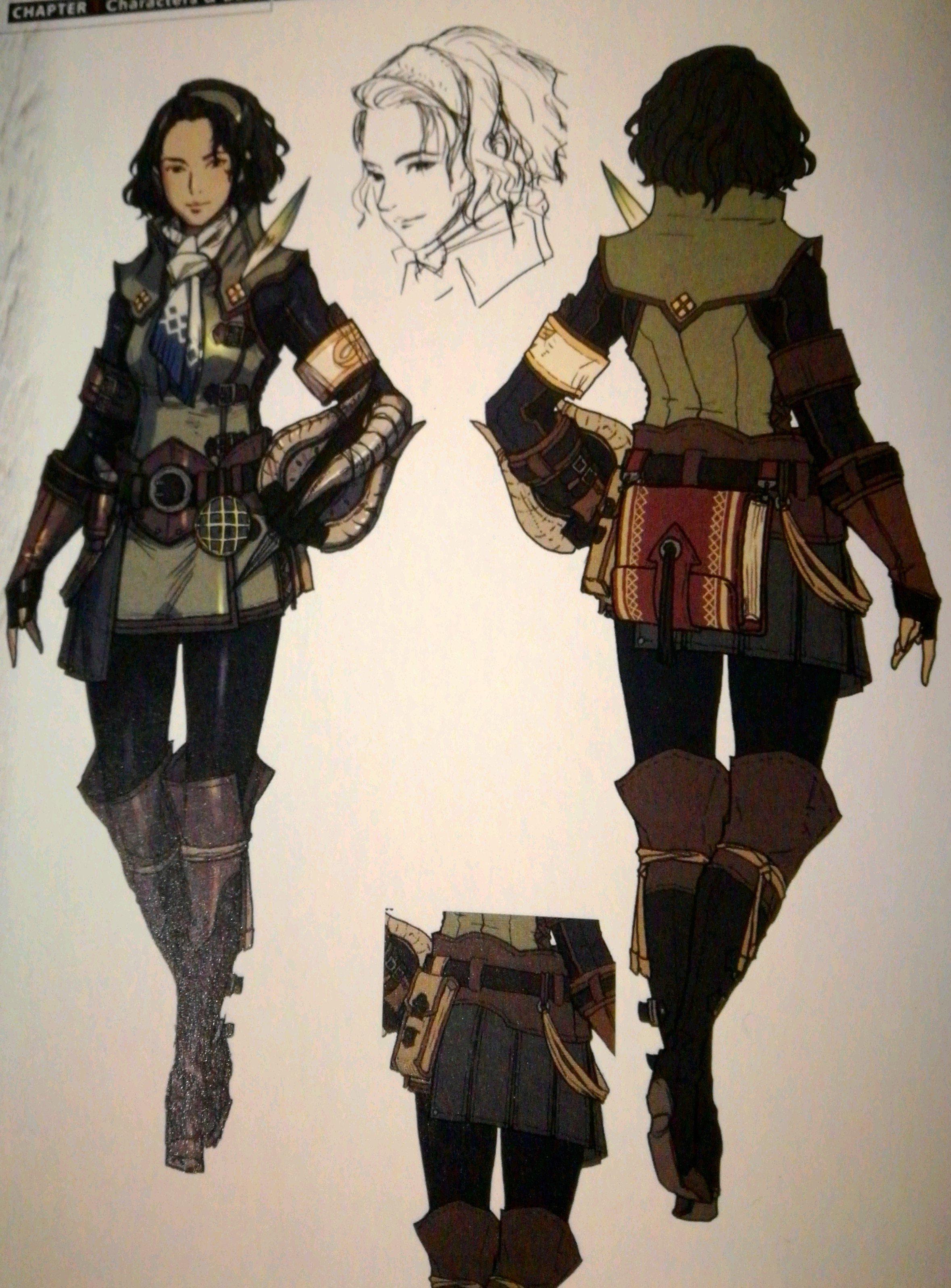