Tech Chief is an NPC in Monster Hunter World (MHW). NPCs are non-playable characters that interact with the Hunter during the story or optional activities in game.

The Tech Chief (Japanese 技術班リーダー) is one of the main technicians in Astera and a member of the First Fleet.

The Tech Chief set foot in the New World as part of the First Fleet and was a leading figure in the construction of Astera from scratch in a place where there was nothing. When they first landed, there were only engineers in the group, including him. During those first ten years, until the Second fleet arrived, creating a base was very hard work. Even so, he maintained the credo "success is mostly about preparation". He says that he prefers preparation to actually carrying things out, and he is said to have a craftsman's spirit through and through.

He calls himself the New World's top inventor, and the first model of the rope system that hunters carry on their backs was created by him. It was used for getting around between points, and the slingers later developed by the Second Fleet Master employ part of its mechanism. Even so one can sense a fixation in his daring to continue to use such a rustic rope system. In addition, he is also laying down the groundwork to blur the lines between blademasters and gunners through the look of the armor of the hunters.

A wyverian who manages all of Astera's mechanical equipment and materials in the Resource Center. He is proficient in working with arms and armor and also in construction. He designed and assembled Astera, the Commission's largest base, and where many people reside. He was famous as an inventor back home and is known for his forthright but eccentric-personality. 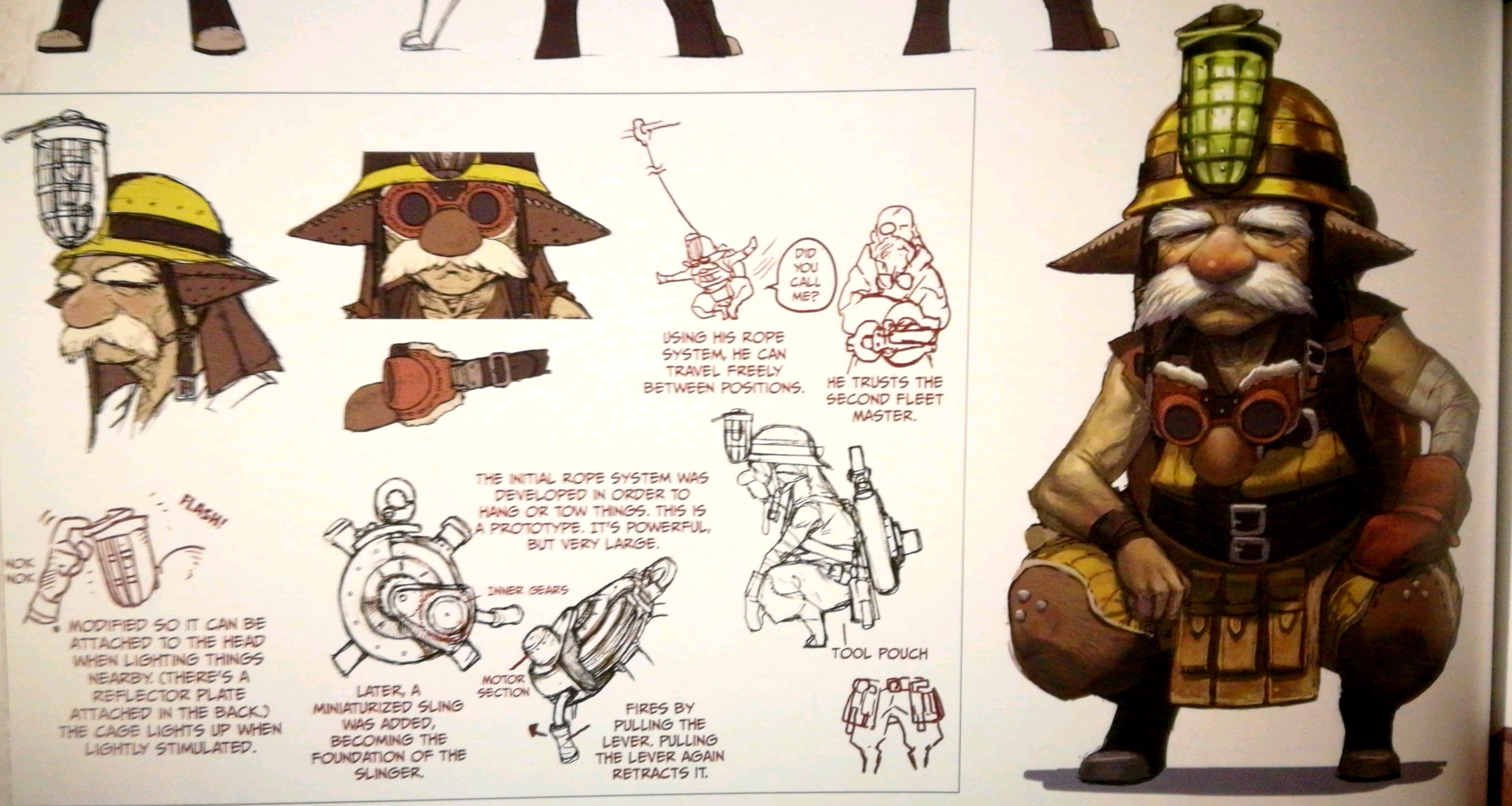