The Handler is an NPC in Monster Hunter World (MHW). NPCs are non-playable characters that interact with the Hunter during the story or optional activities in game.

The Handler is a enthusiastic, inquisitive and reckless young woman. She tends to rush forward whenever she spots something of interest, regardless of whatever dangers may be present. While this frequently places herself and The Hunter in great danger, it also makes her an invaluable information gatherer and adept problem solver. She cares deeply about her friends, and is quite distraught when they come to harm.

After hearing about the First Fleet's journey from her grandfather, a member of that fleet, the Handler became interested in the Commission and the New World. This time, the Guild approached her to be a Fifth Fleet A-lister, the reason being that the Commander requested tough handlers. Her ability to act and her cheerful nature earn her a certain amount from the Guild.

She aspires to be a good handler, and one of her major objectives in going to the New World is fulfilling her dream of creating an encyclopedia that specializes in the flavors of edibles in the New World. She loves to eat, and at camp she displays spectacular skill at cooking. Her motto is "If in doubt, take a bite!". She professes to love Exciteshrooms. Incidentally, eating an Exciteshroom brings a risk of negative health effects, so eating them uncooked in the New World is to be avoided.

The Handler also secretly requests the Botanical Research to cultivate mushrooms. Her research records contain many entries on things that can be eaten outdoors, and the Meowscular Chef, who runs the base Canteen, has to admit her superiority in insatiable cravings and curiosity for these "foods". A large, round table in one corner of the Canteen has been provided for her exclusive use, and the Handler can often be seen there, looking over a mountain of material and heartily stuffing her face with meats and fruits. According to the Huntsman, her grandfather was also a merry man who loved to eat.

Among the people who are partnered up with hunters, the Handler stands out. Though her duties and investigations, her zest for research is quite clear. She is quite often walking out in the field herself, providing guidance. (She is later even called a "super-active handler.") She often finds herself in predicaments, which makes her ability to take action crucial. She is full of advice about organisms and utilizing the environment, and she also supports the Hunter when it comes to meals, making her a reliable partner.

Acting in tandem with the hunter, the Handler gathers together a vast amount of research data. Thanks to the Guild's recommendation and her own strong desire, she finally came to the New World. Intelligent and sunny. Her motto is "if in doubt, take a bite!" and she faces every difficulty with positivity. On the voyage to the New World, she had a fateful meeting with her hunter partner. 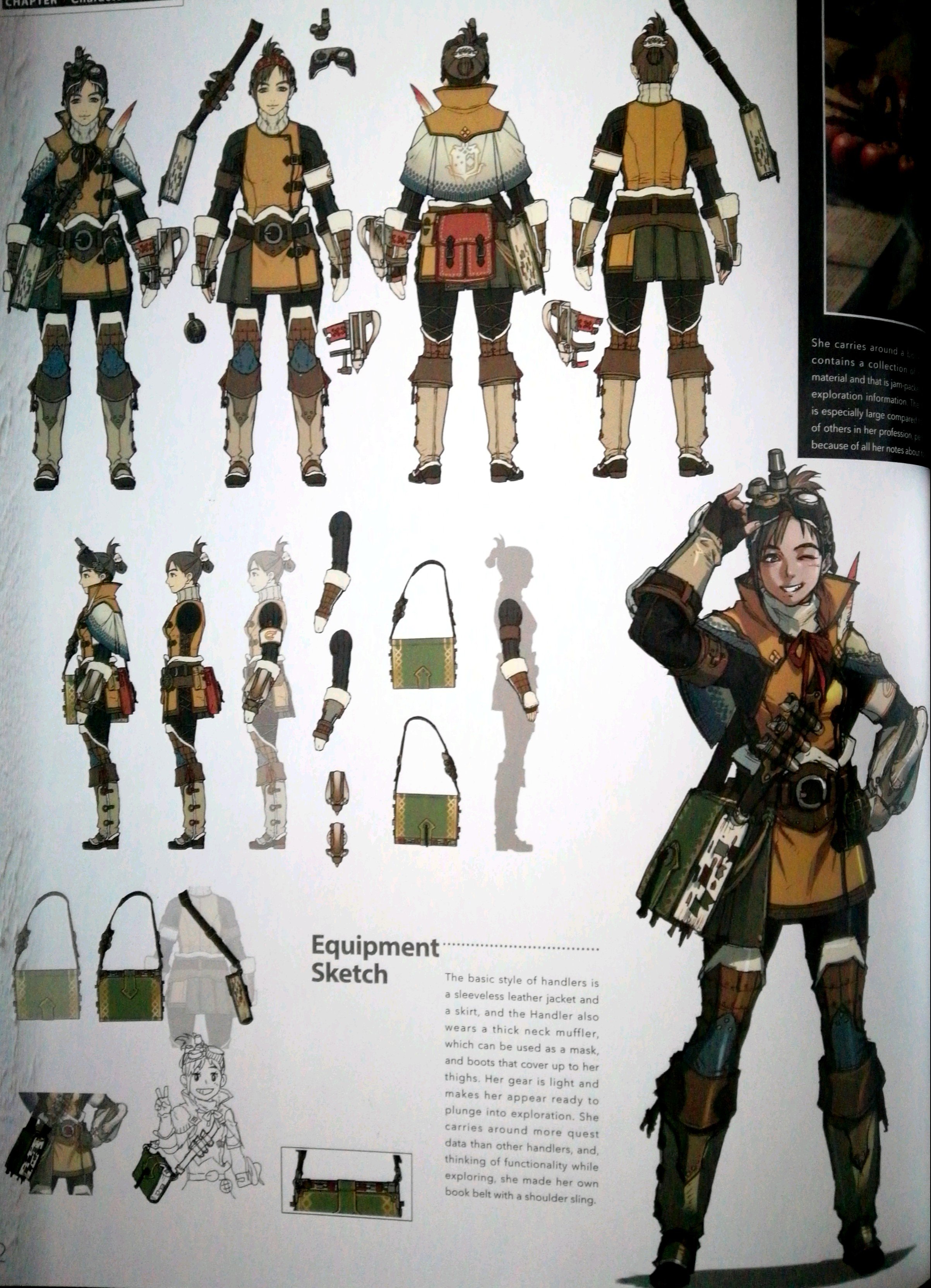 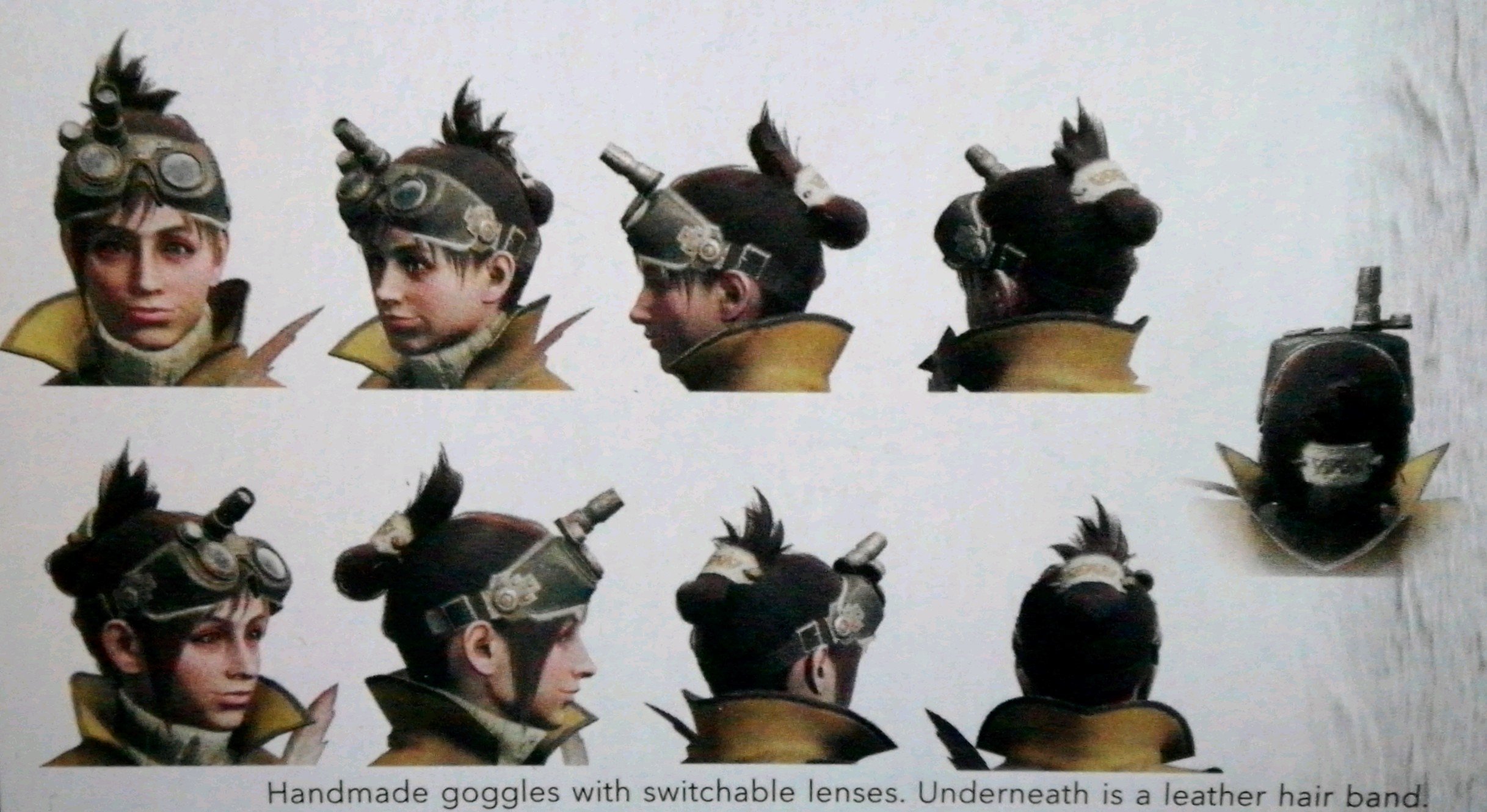 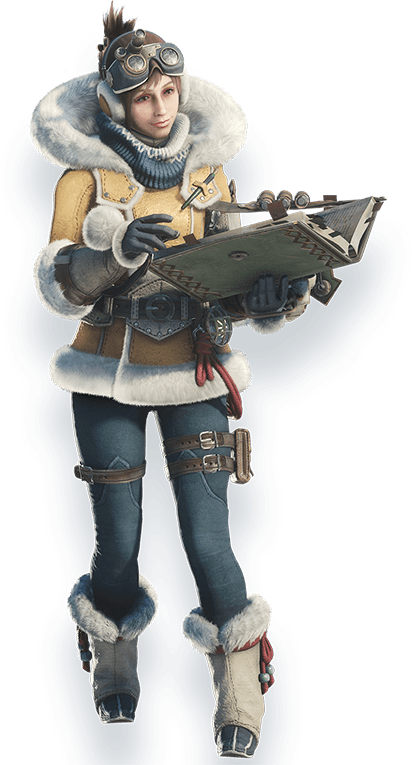