The Huntsman is an NPC in Monster Hunter World (MHW).

Typically seen where the Commander is in Astera, on the deck of the ship where meetings are held, but off to the side.

He is proficient in all types of close-range weapons and is master of the long sword in particular. He commended his expeditions in the New World forty years ago, and he is still in active service as a hunter, even now taking missions. He is also the one who trained the Commander's grandson, the Field Team Leader, in swordsmanship. He doesn't say much, but he carries out his missions and expeditions in an upright manner, and many hunters are inspired by and admiring of his way of life.

He is normally found sitting in one corner of headquarters, but he frequently disappears. During the Zorah Magdaros capture operation, he accepts a request from the Commander and heads off to investigate Nergigante. One can surmise the depth of his abilities from the fact he does not rely on handlers or Scoutflies and is able to function on experience and instinct.

The Huntsman was a member of the First Fleet, which was the first to come to the New World, and he is the sole old hunter who even now uses blademaster gear. As for his reason for clinging to his antiquated equipment, he says, "The new ways confound me". 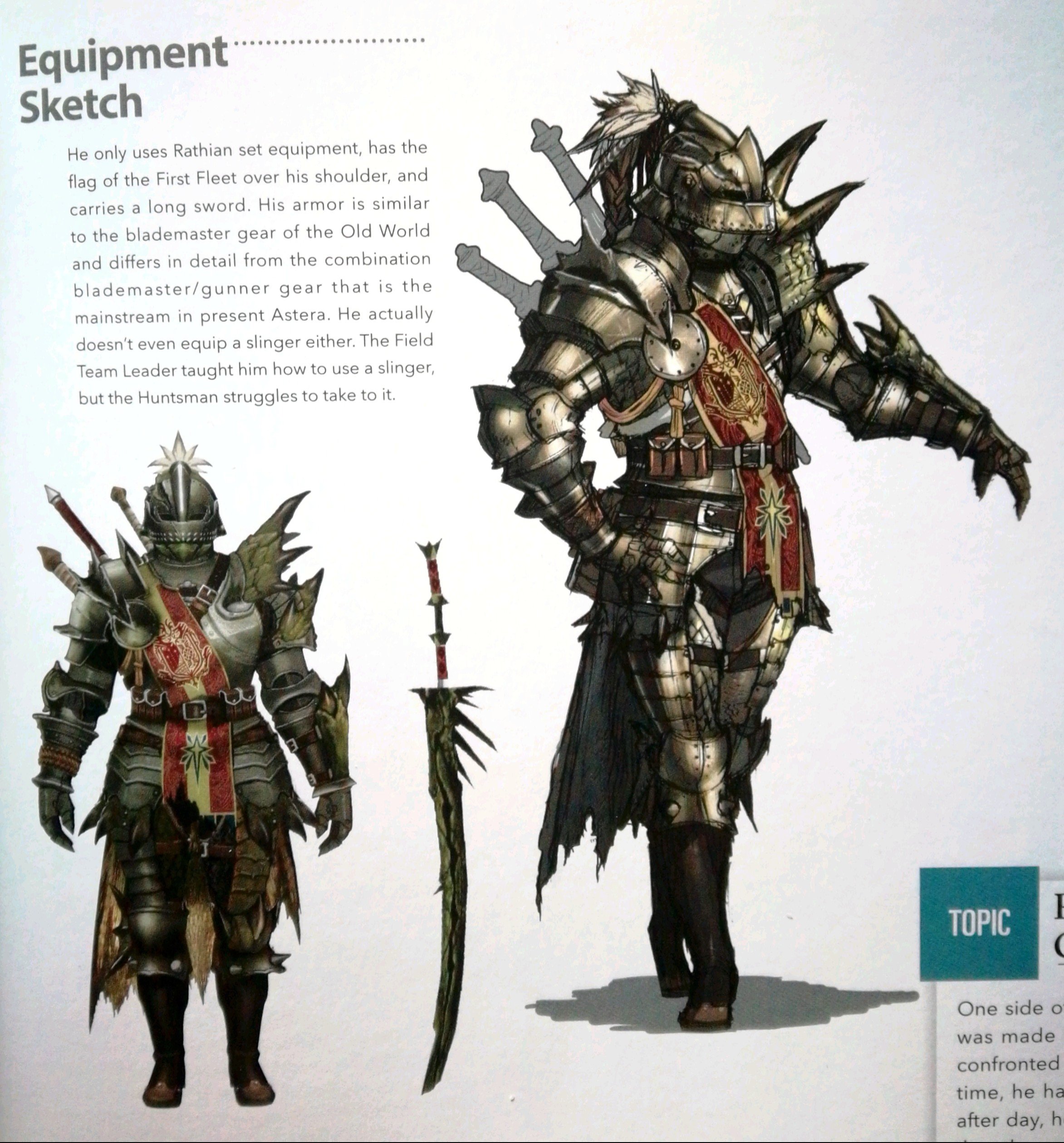