Velkhana is a Large Monster in Monster Hunter World (MHW). It was added with the Iceborne Expansion on Sept 6th 2019. イヴェルカーナ (Iverukāna) in Japanese.

An elder dragon with the power to freeze all in its path.
According to legend, it can control the cold, and use its freezing breath to conjure massive spires of ice out of nowhere.

This icy new monster seems to be somewhere between a Rathalos and a Legiana, and is the main antagonist of the expansion, in the way that Nergigante was to the original launch. 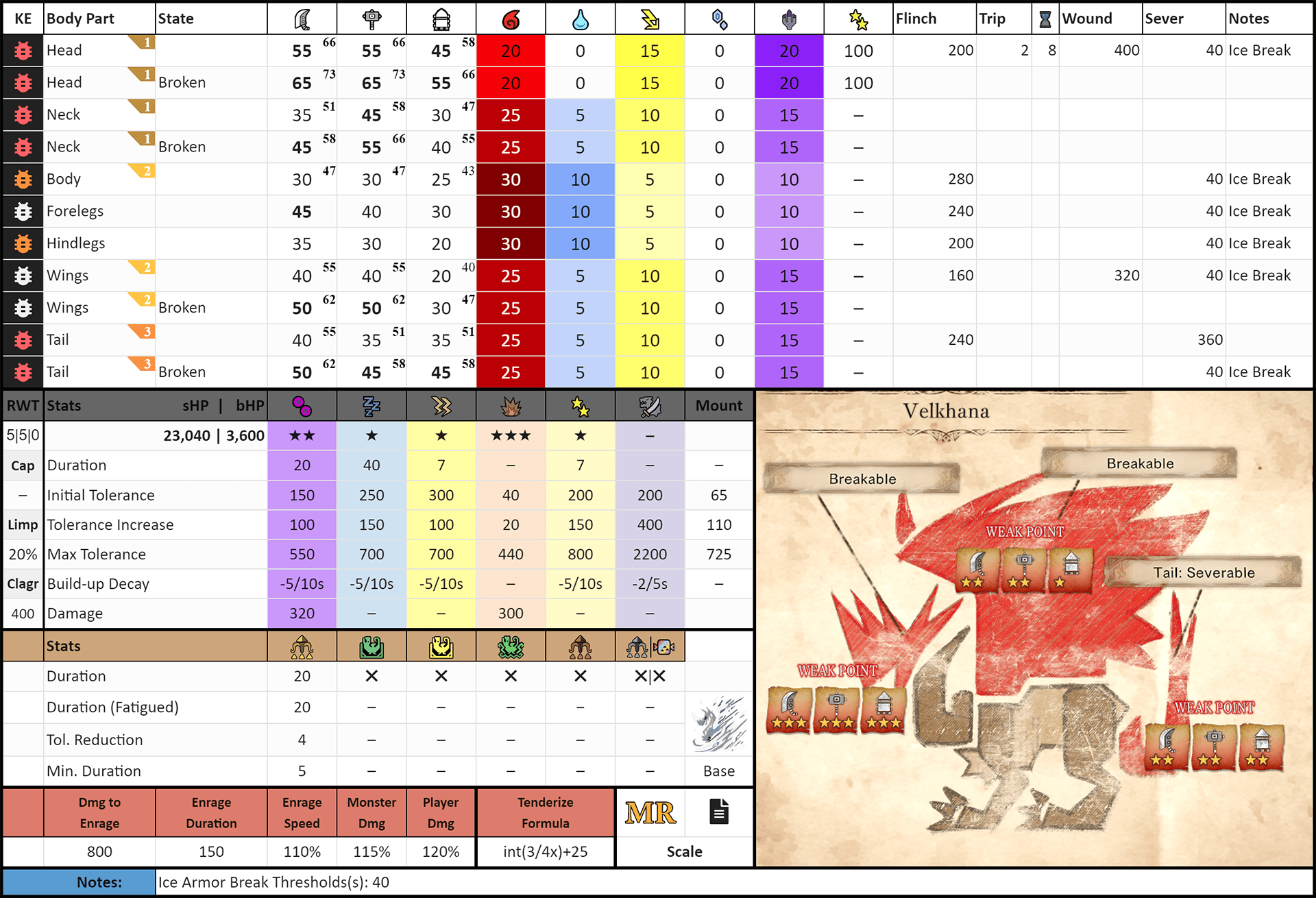 Armor and Weapons related to the Velkhana Monster. 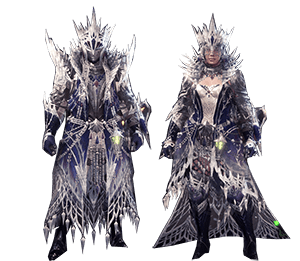 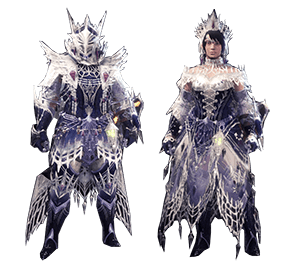 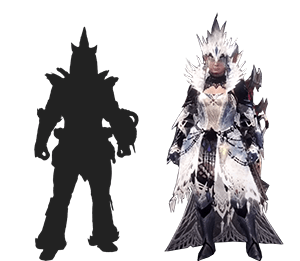 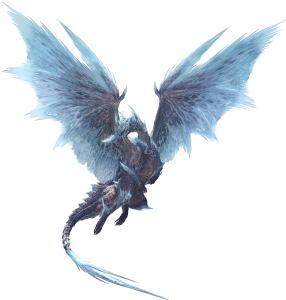 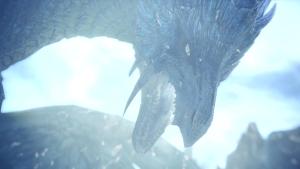 An unarmored Velkhana, from the first Iceborne gameplay trailer. 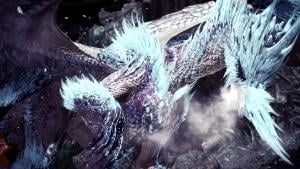 Armored Velkhana in the Elder's Recess. 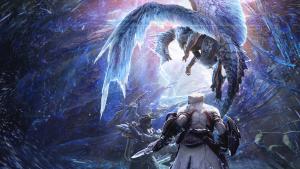 Velkhana in the cover artwork.