The Arena is a special location in Monster Hunter World. Unlike other New World locales, this particular place is accessed only through quests, most all of them Arena and Challenges quests. 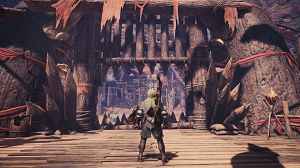 There is no Canteen/Camp to eat at, but if the arena is being used for a non Arena Quest there there is a station to change your Palico equipment on the right side just past the item box. The player can take a wingdrake from the start area (located in the open on the left side) to fly over the Arena and enter it from the opposite end, useful if the fence is up. There are two levers in the Arena to bring up said fence (visible on the map). This is helpful to split a group of monsters for 3 minutes, but there is no way to bring it down until its timer runs out. The fence switches will be unavailable for 90 seconds after the fence comes back down. There is a small ledge in the south part and a slope in the north part to execute short jumping attacks. The four large tree stumps covered in netting can also be run up to execute wall jumps, with the northeast and the southwest trunks having each a scatternut bunch near the tops. There are four stone slinger ammo locations, two north of the wall divide, and two on the south side.

The fence is not available for every quest.

Monsters can enter the arena, if not already present, through either a large door on the west wall on the north side, or on the east wall on the south side.

Please see Special Arena for details on the quests that appear when you capture a monster, and their subsequent runs. 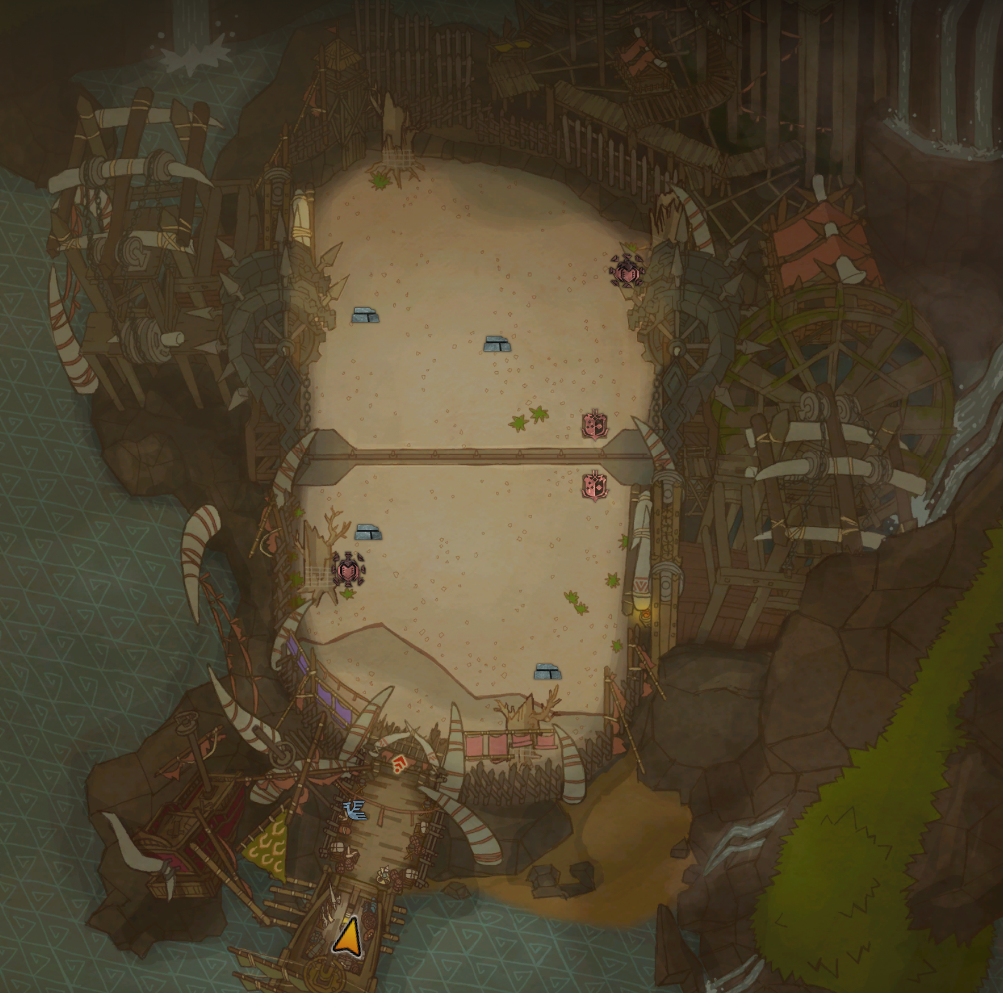 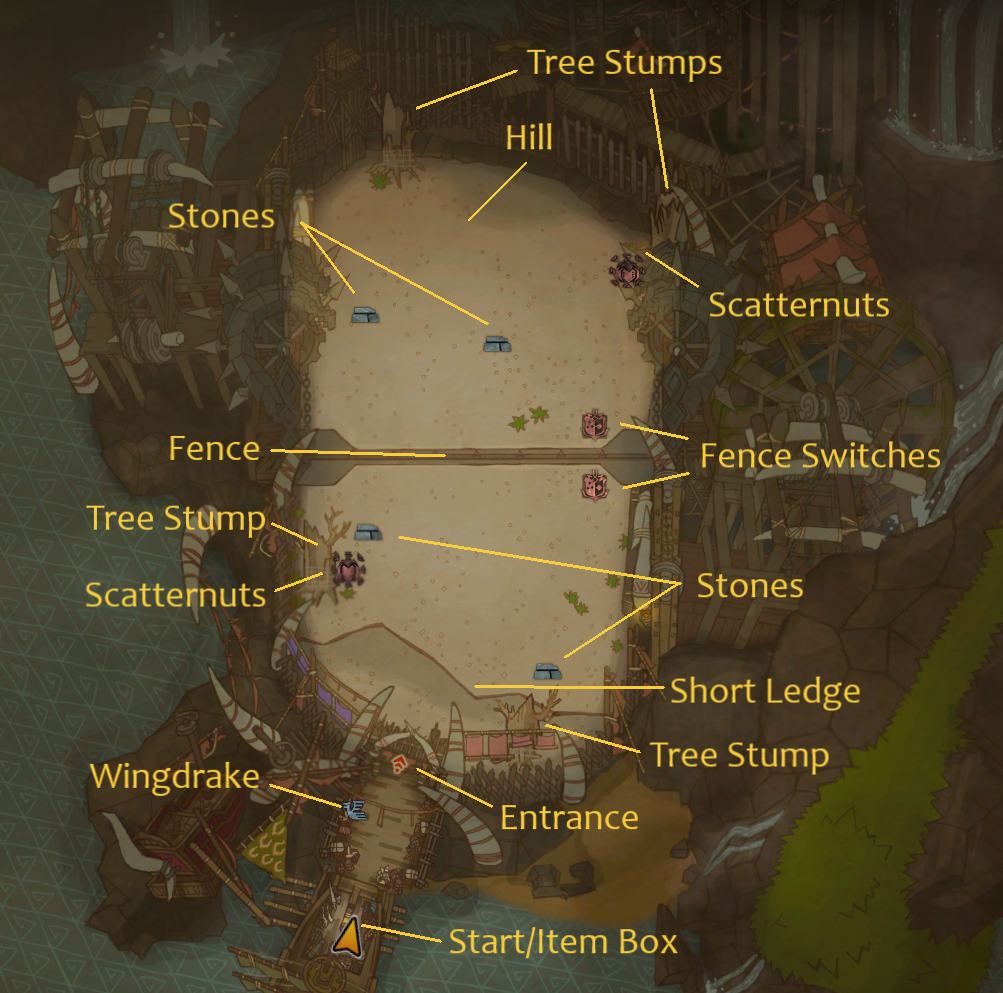 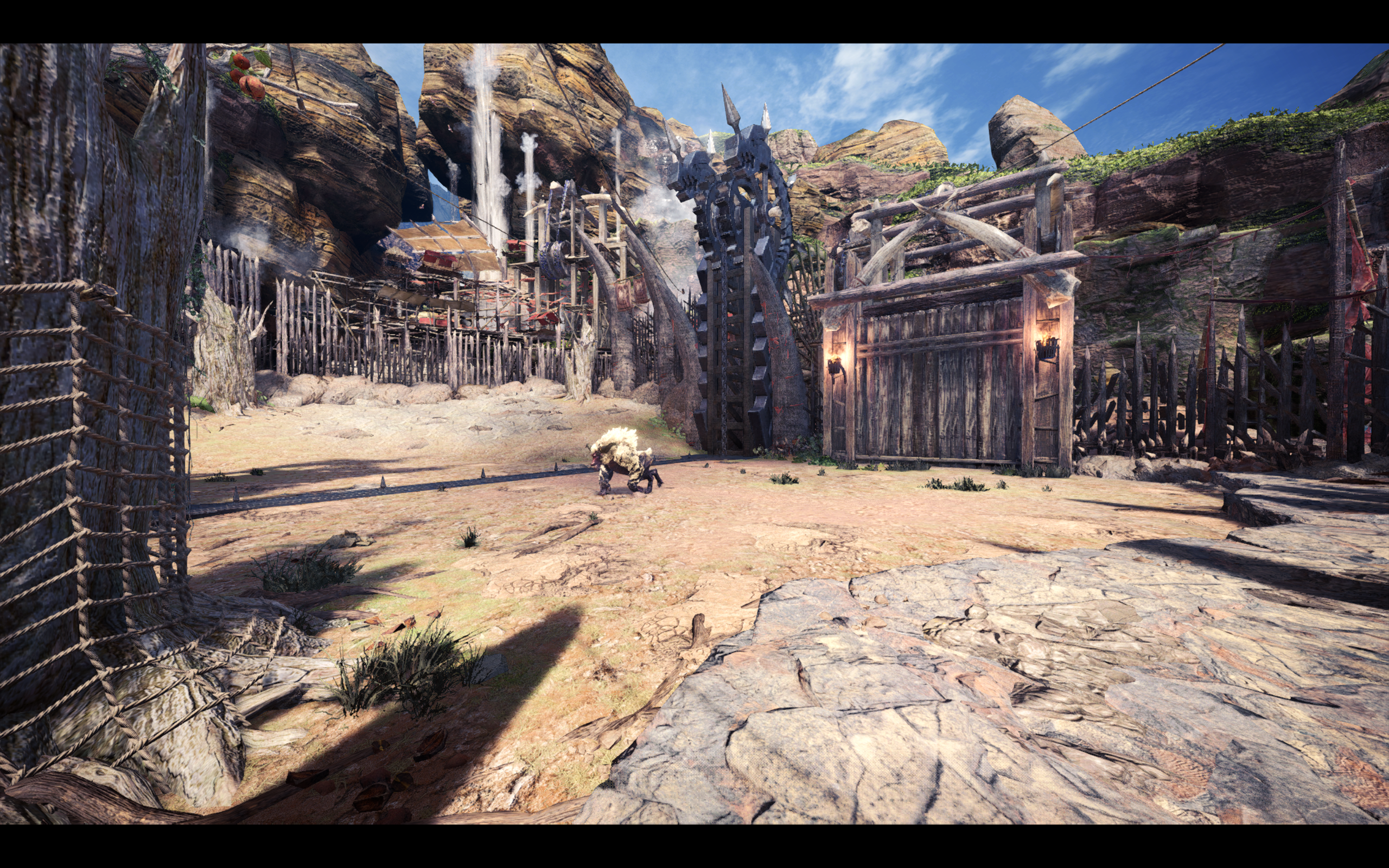 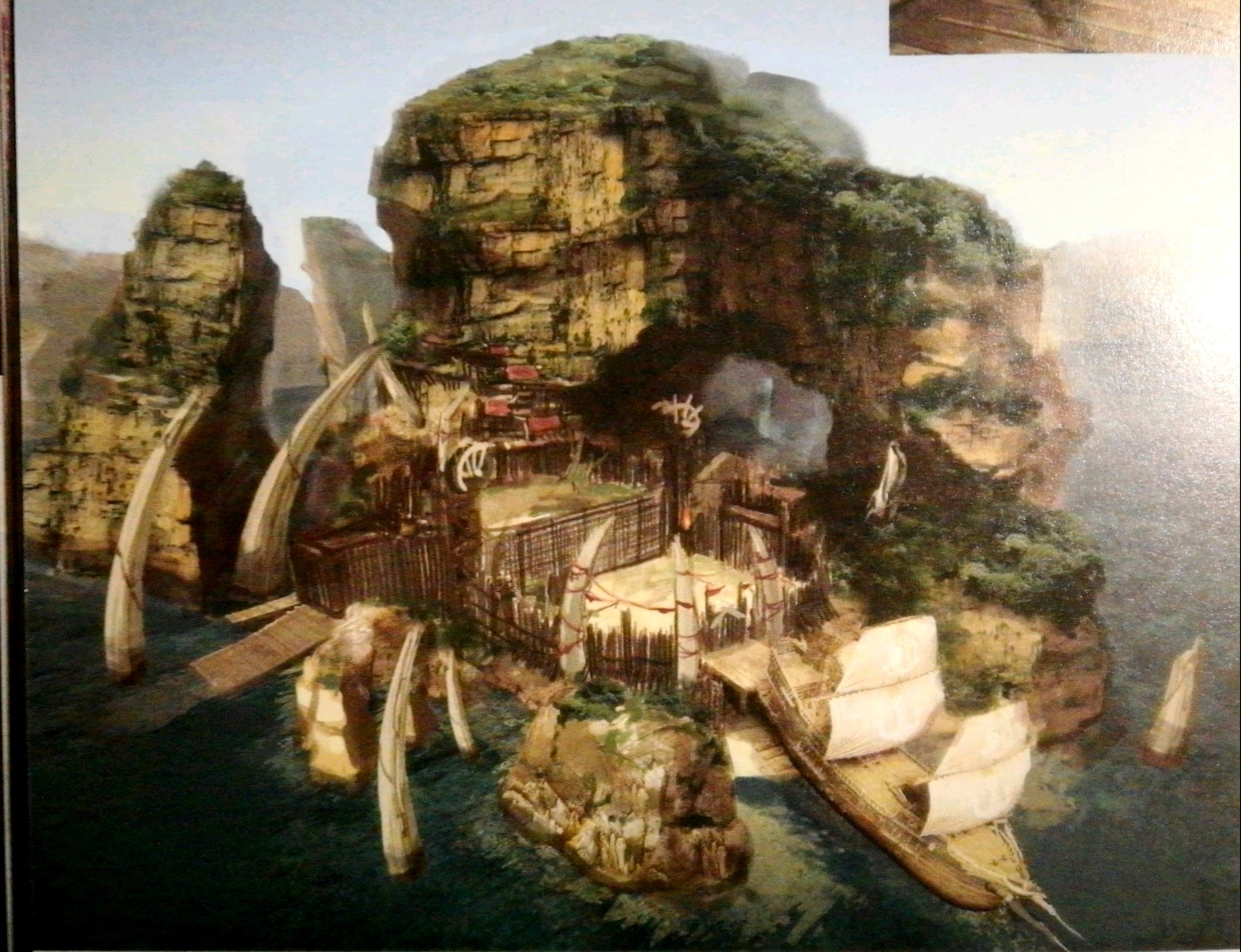