The Canteen in Monster Hunter World (MHW) refers to a Location in Astera, the main hub town. The Canteen offers two services - the purchase of Meals made from in-house ingredients, and an Oven Roasting service that turns meat and ingredients from the player's inventory into snacks that can be eaten during a hunt. Meals eaten at the canteen provide temporarily bonuses to your health, stamina, and may provide food skills.

The Canteen provides hunters with the nourishment they need before departing on a hunt.
Eating a meal at the Canteen can bestow any number of useful powerups.
You can also order an Oven Roast from the Handler.
Items used for an Oven Roast will be made into food, though depending on the item there may also be a few unexpected results!

The Canteen is located in:

The Weapons and Wildcats canteen, run by the Felyne head chef, is on the third floor of Astera. Smoked foods and grilled dishes are prepared in the huge oven and stove, while soups are boiled in the cauldron. Many Commission members ea here and then head out on expeditions. In the evening, the seats are full if Commission personnel. The Canteen is thriving.

The Canteen sells meals that can provide bonuses to your maximum health and stamina, the maximum health of your Palico, and Food Skills. Food Skills, like Armor Skills, provide various benefits to the character. The bonuses provided by meals are temporary, and last until one of the following occurs:

Some meals may provide negative effects to the player.

Meals sold by the Canteen are composed of in-house ingredients - that is, ingredients not from the player's inventory. Ingredients come in four varieties - Meat, Fish, Vegetables, and Drinks - and can be Fresh or Normal. Between quests or expeditions, the ingredients that are fresh rotate randomly. Fresh ingredients provide higher health and stamina bonuses, and increased chance for the activation of Food Skills.  Each fresh ingredient used will increase Activation Chance by a half star, maxing out at 3 stars for 6 fresh ingredients.

Players are offered the choice of pre-crafted meals, a Chef's Choice meal that automatically uses the freshest ingredients available, or can create custom meals using the ingredients available from the Canteen. While the selection of ingredients is small to begin with, players can embark on Optional Quests offered by the Feylene NPCs that run the Canteen in order to unlock new ingredients to be used in future meals.

The Canteen begins at Level 1 and is upgraded twice throughout the campaign, providing access to bigger and more complex meals.

Food Ingredients in Monster Hunter World (MHW) are Items that can be combined and altered to create meals that give various Food Skills at the Canteen.

Fresh ingredients grants a higher chance of Food skills activation as well as bonus HP for the Hunter and their Palico. (+10/+4 per fresh ingredient respectively, max at 5 for a +50/+20 HP bonus)

While you can select which skill you want, they only have a certain probability to be activated. The more fresh ingredients are used, the higher are the odds skills will activate. (Red Stars)  Vouchers and Gourmet Vouchers can guarantee food skills for you and everyone in your session.
Additionally, each type of food will grant bonus combat stats:

Attack and defense boost obtained from size of boost:

For a list of ingredients in each category and how to obtain them, see the Canteen page.

Daily skills change between each quest. If the selected platter trigger Ingredients activated skills, they will override daily skills from top to bottom.

Oven Roasts allows you to give items to the felyne chef or pard (handler) to roast for you through the course of an expedition, investigation, assignment or optional quest. The item you give to the felyne chef will be returned to you as food with powerups.
The uncommon items are not guaranteed. You may receive all, some or none of them.

Players may also visit the Smithy while in Astera, for further Skills related services.. 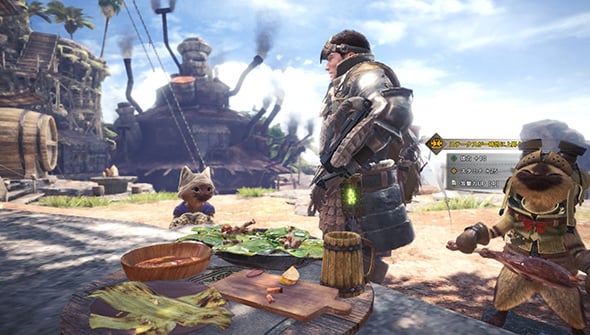 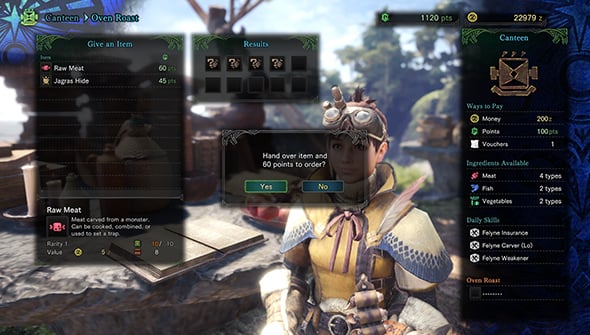 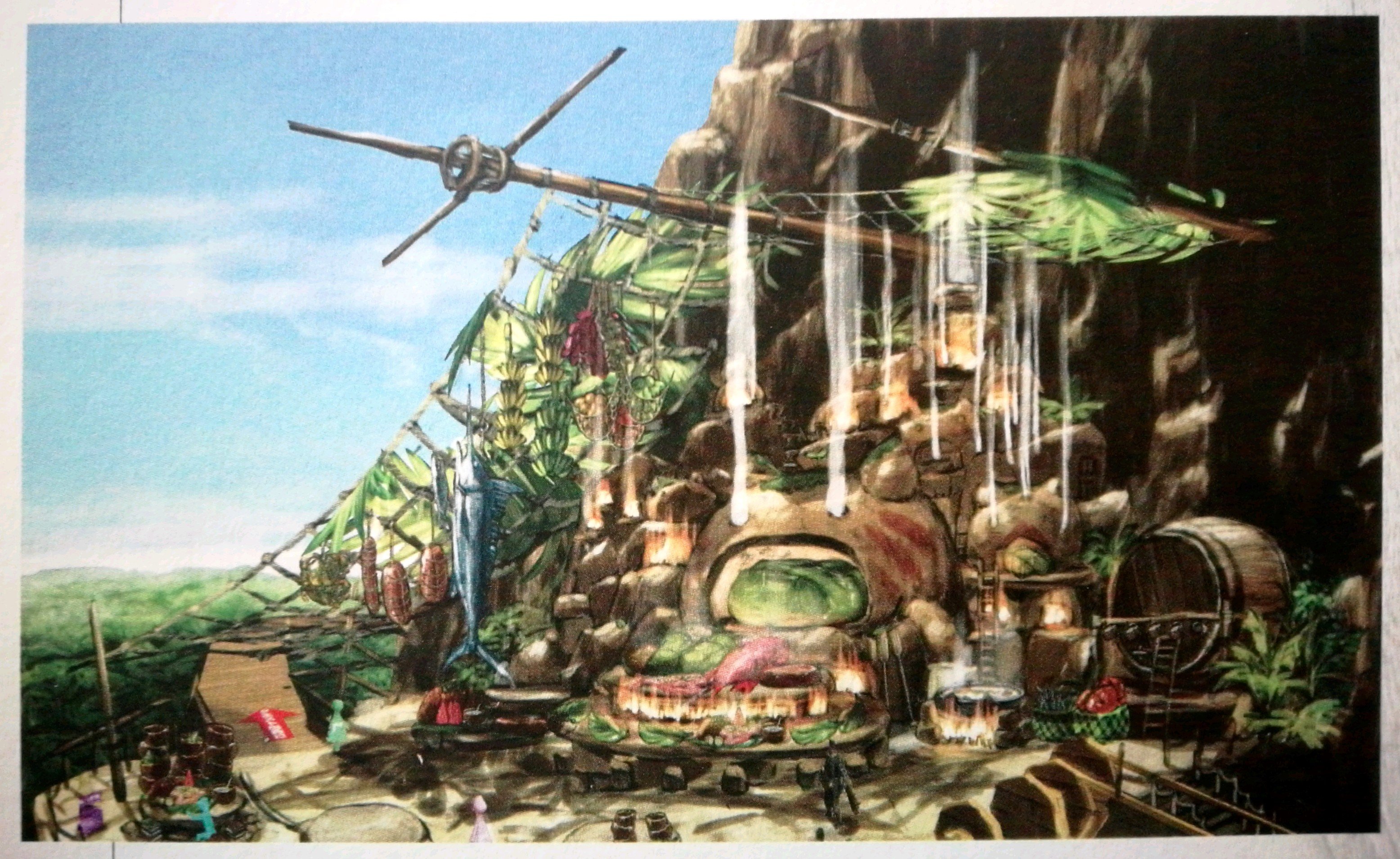