Astera is a Location in Monster Hunter World (MHW). Different areas of the game have a different look and feel, map and special unique monsters that spawn within them.

Astera (アステラ) is a village in the New World. Working as the Research Commission's base of operations: where hunters, researchers, and technicians have all gathered. The player can use a lift to quickly reach a set of areas.

Most of the Quests assigned as part of the Story will come from various characters in Astera. In addition, these characters often provide services to Hunters such as Equipment crafting or Item provisioning.

With the Guild at it's core, the Research Commission was formed in order to solve the mystery of the Elder Crossings. The base of their research activities is here in Astera It has been forty years since the First Fleet arrived and established this as a major stronghold, which was built by the hands, skills, efforts, and labor of many people.

The First Fleet was deployed in pursuit of Kushala Daora. During a storm, the crew had a chance encounter with a mysterious Elder Dragon. The ship was split and tossed on top of a cliff, but it still eventually became a foothold for research projects. What's more, the waterfall flowing right below it turned out to be a stroke of good luck for the First Fleet.
The First Fleet found it difficult to secure enough resources to upgrade their base at first and expanded the base by recycling their ship. They had no choice but to wait for further deployments to do any full-scale work, however, so they poured their efforts into reinforcing the ship atop the cliff. 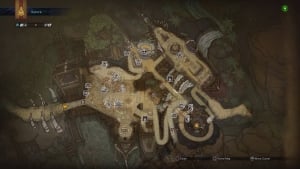 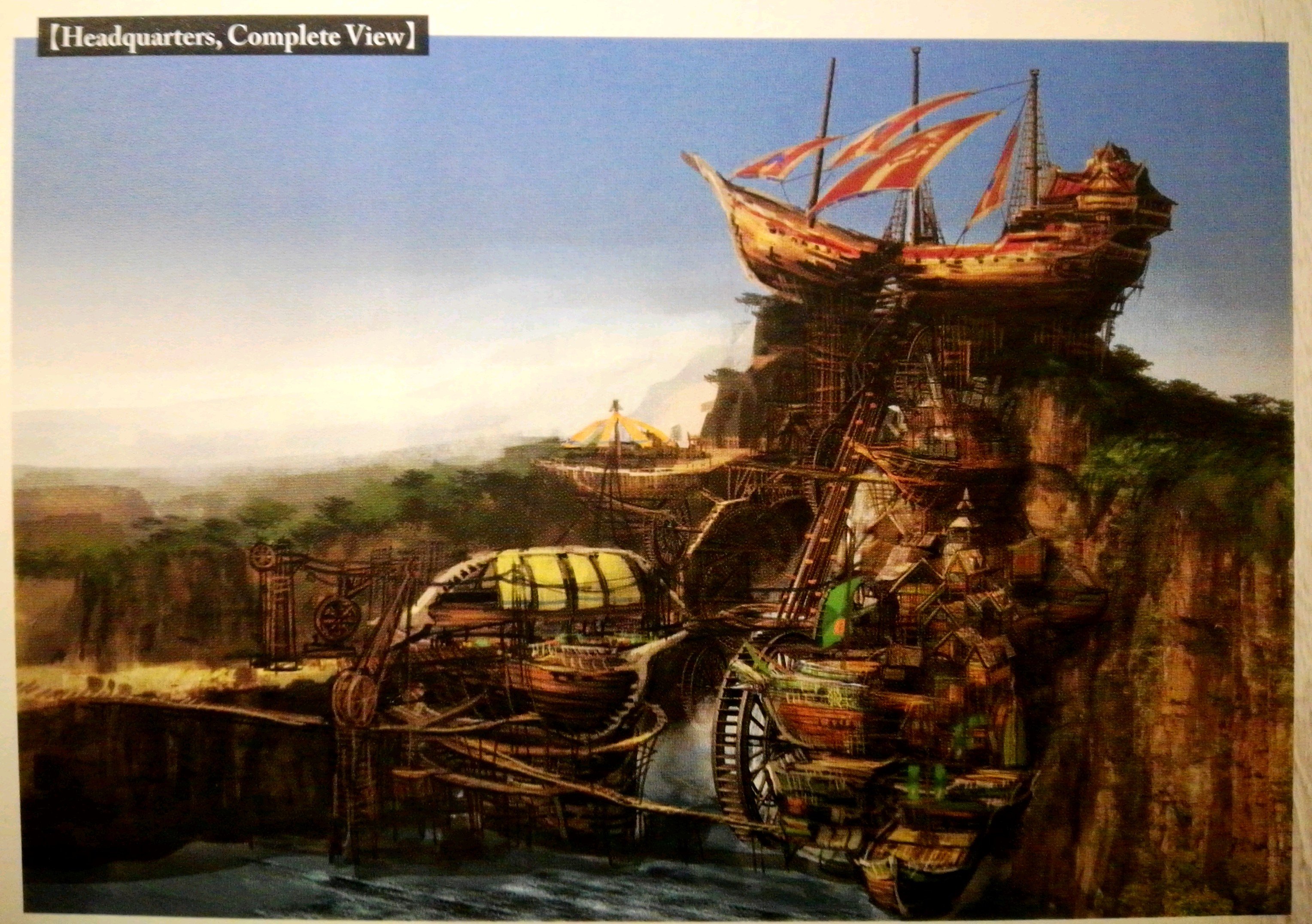 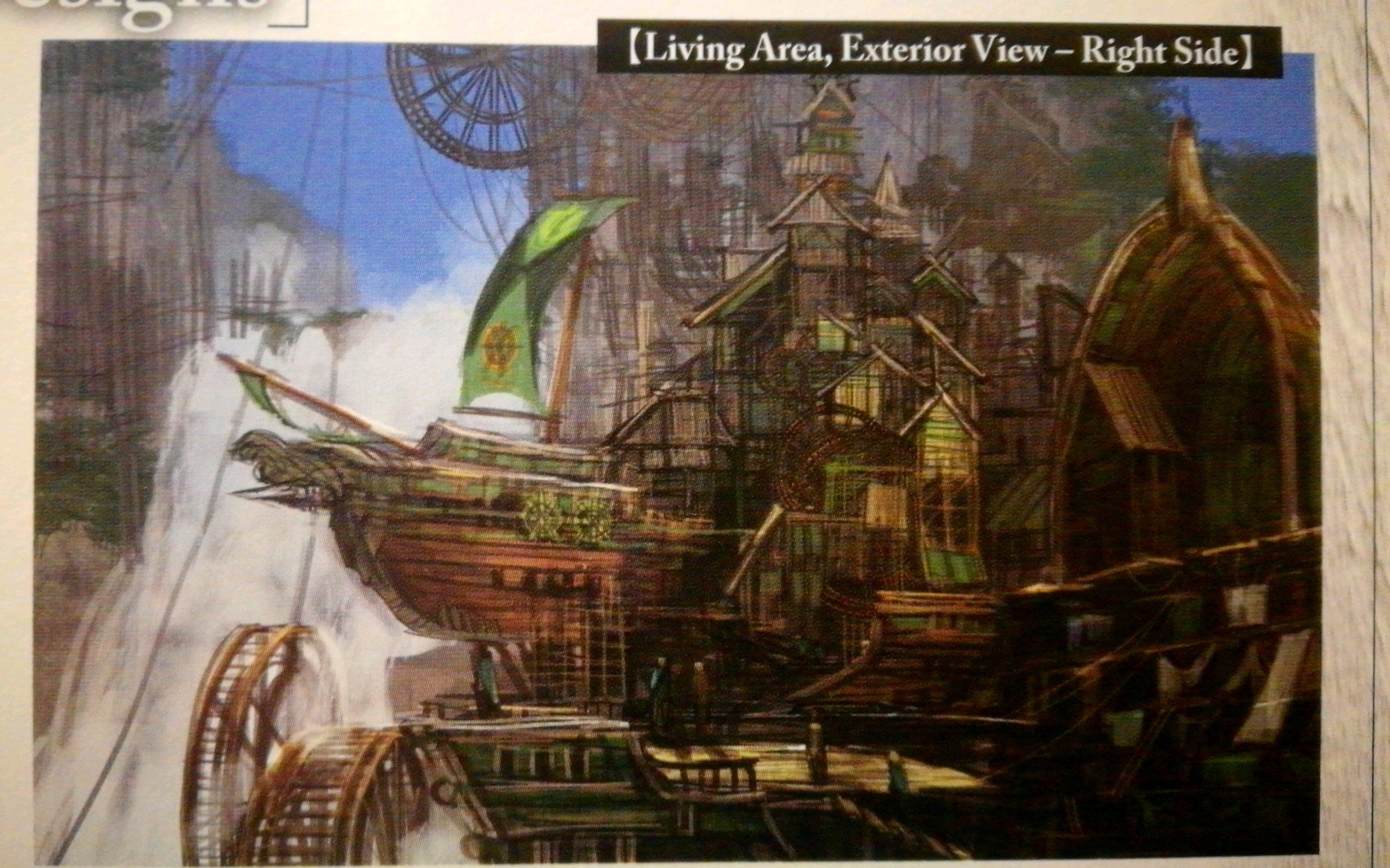 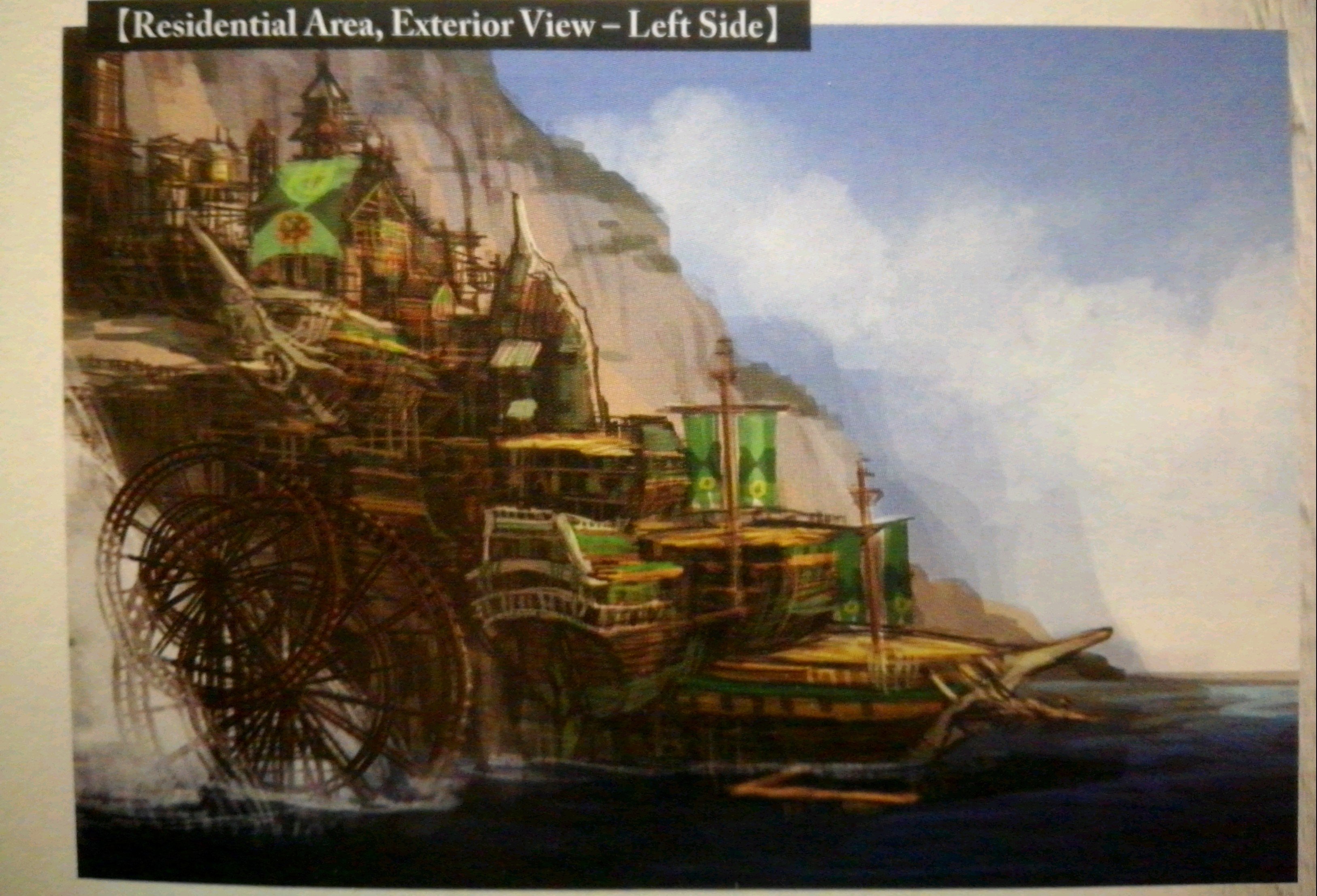 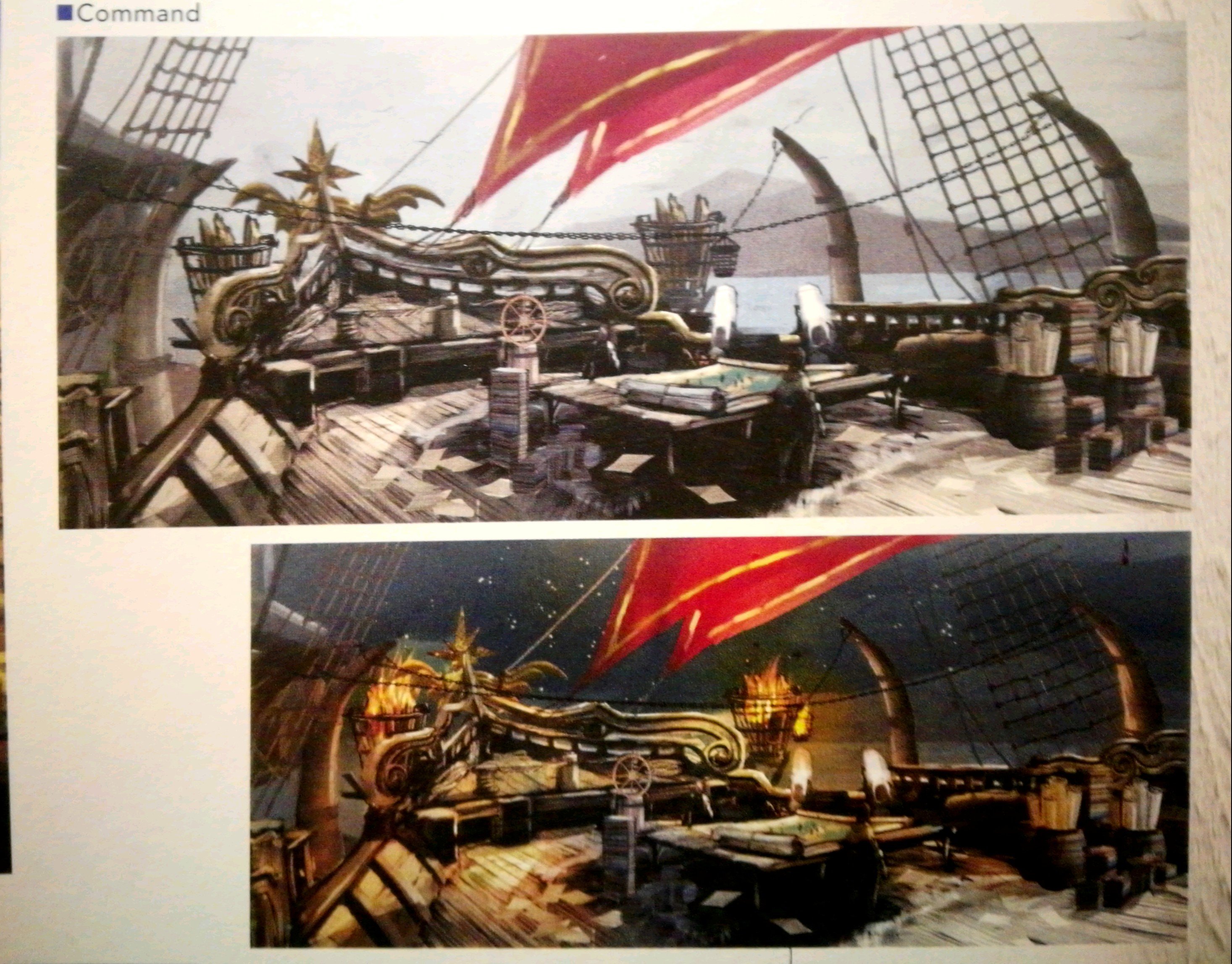 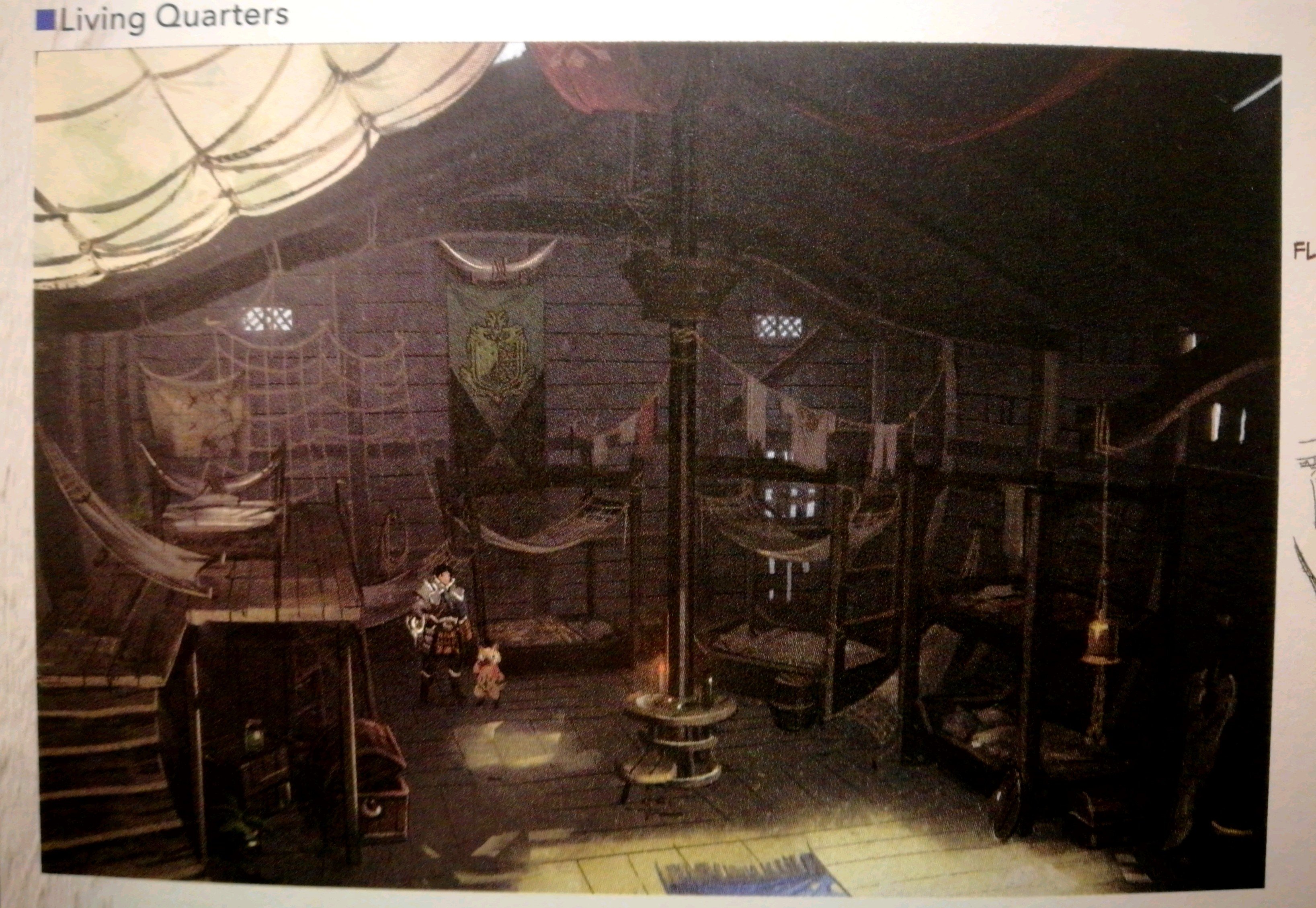 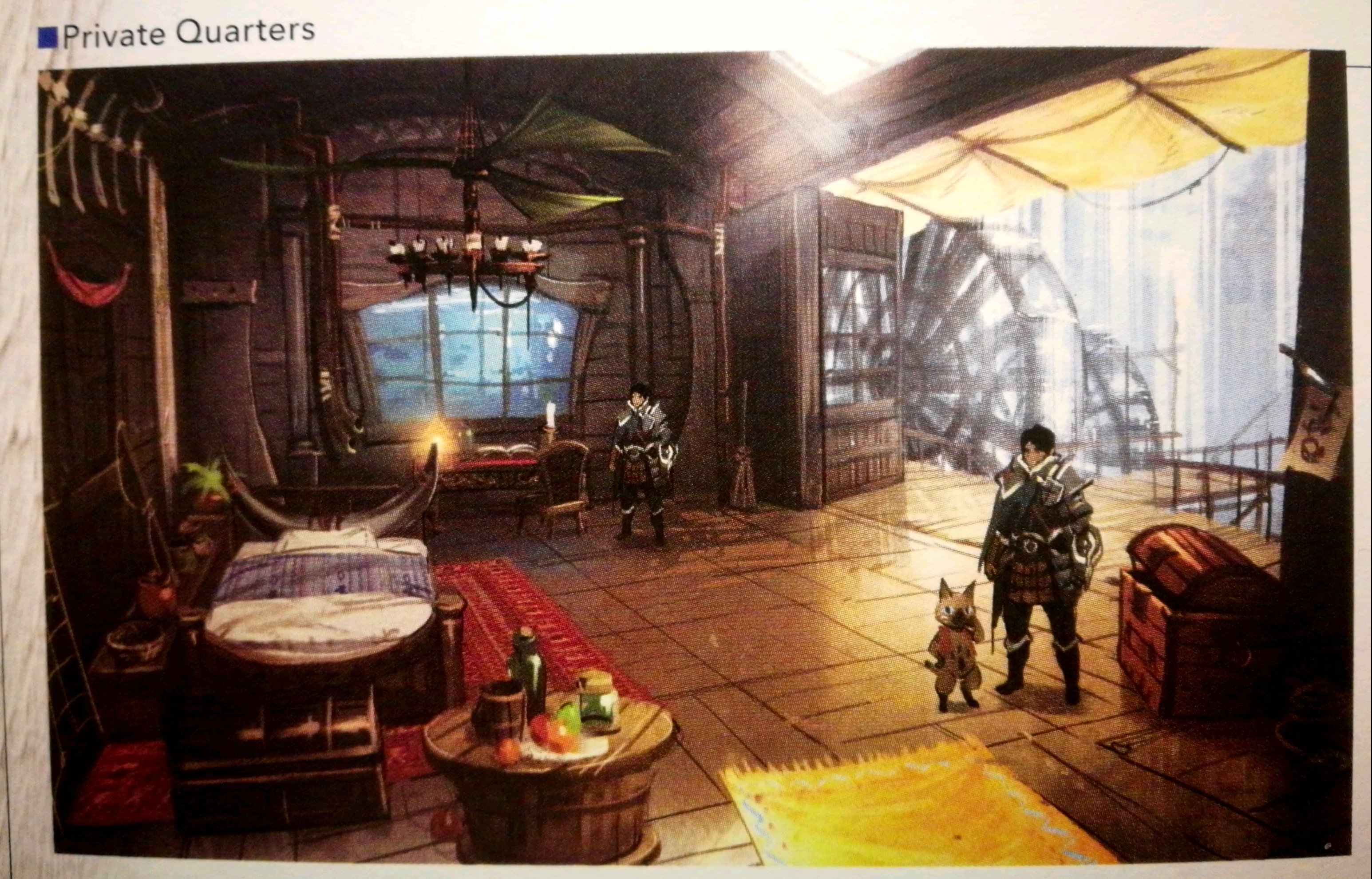 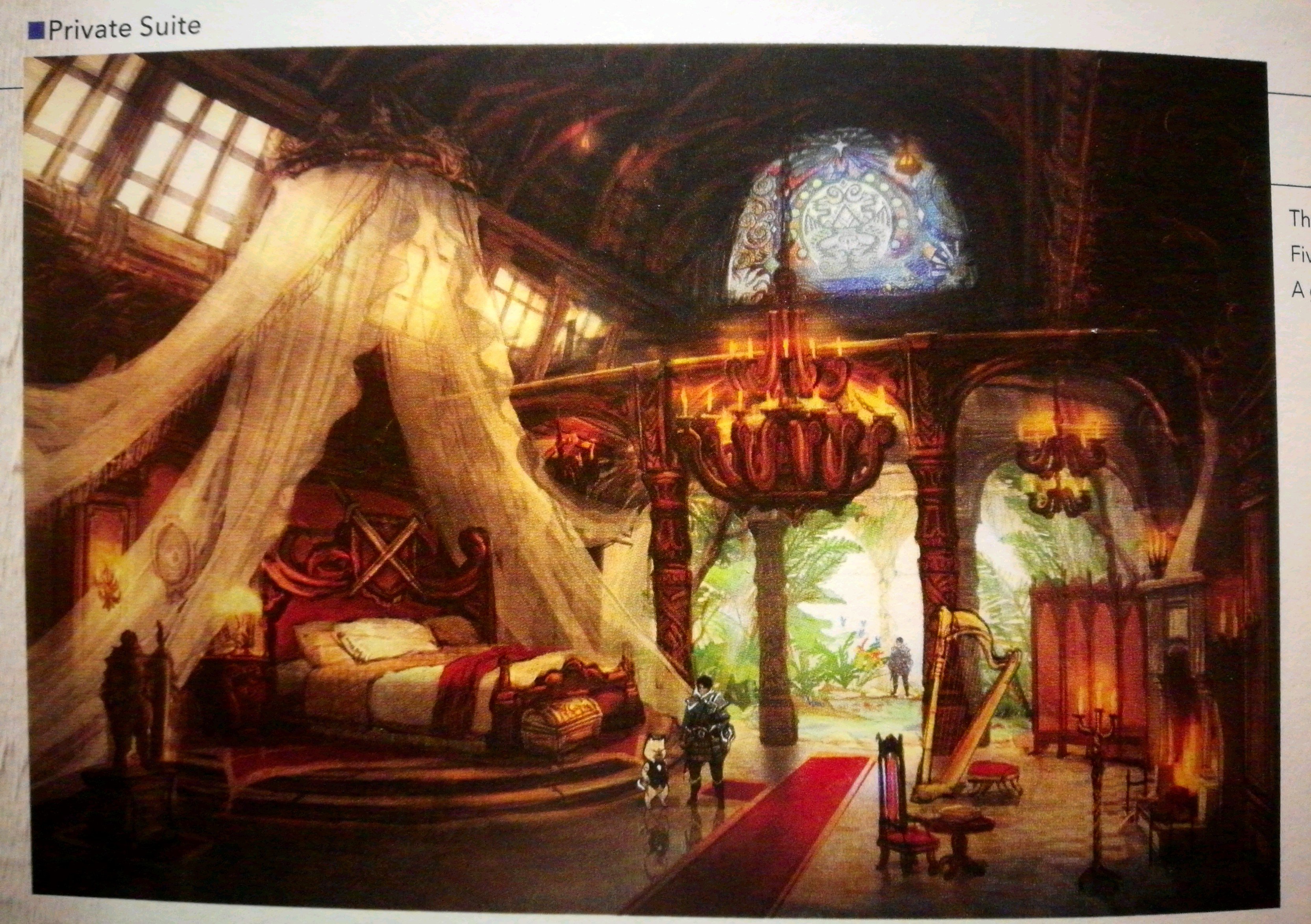