Meowscular Chef is an NPC in Monster Hunter World (MHW). NPCs are non-playable characters that interact with the Hunter during the story or optional activities in game.

The Grammeowster Chef (Japanese: セリエナの料理長) is a Felyne chef that lives in Seliana. True to his name, the Meowscular Chef is bigger and more muscular than other Felynes. He wears an apron and the First Fleet's flag as a bandanna. He still carries his broken blade, which he uses to slice meat.

When he was a Palico, he accompanied the Admiral and fought monsters. One day, they faced a fierce foe and his weapon broke. Perhaps it had deteriorated after a long life of hunting or perhaps it was physically declining. Either way, he decided to retire as a Palico after that incident.

After he became cook, he poured his heart into supporting personnel through food. Recently, he has been making requests and developing new items. He exhibits a particular fixation on meat dishes. After acquiring an enormous steel hot plate, he prepares meats with his spectacular sword work/

A Felyne with a large build who runs the Weapons and Wildcats Canteen. When Commission personnel have empty stomachs, he provides them with hearty and heaping meals. Hw was originally a Palico of the First Fleet, but when he stepped down from that he took up cooking, which is how he ended up where he is now. He has an obsessive personality, but since his talents for cuisine have flowered, his reputation in Astera couldn't be better. 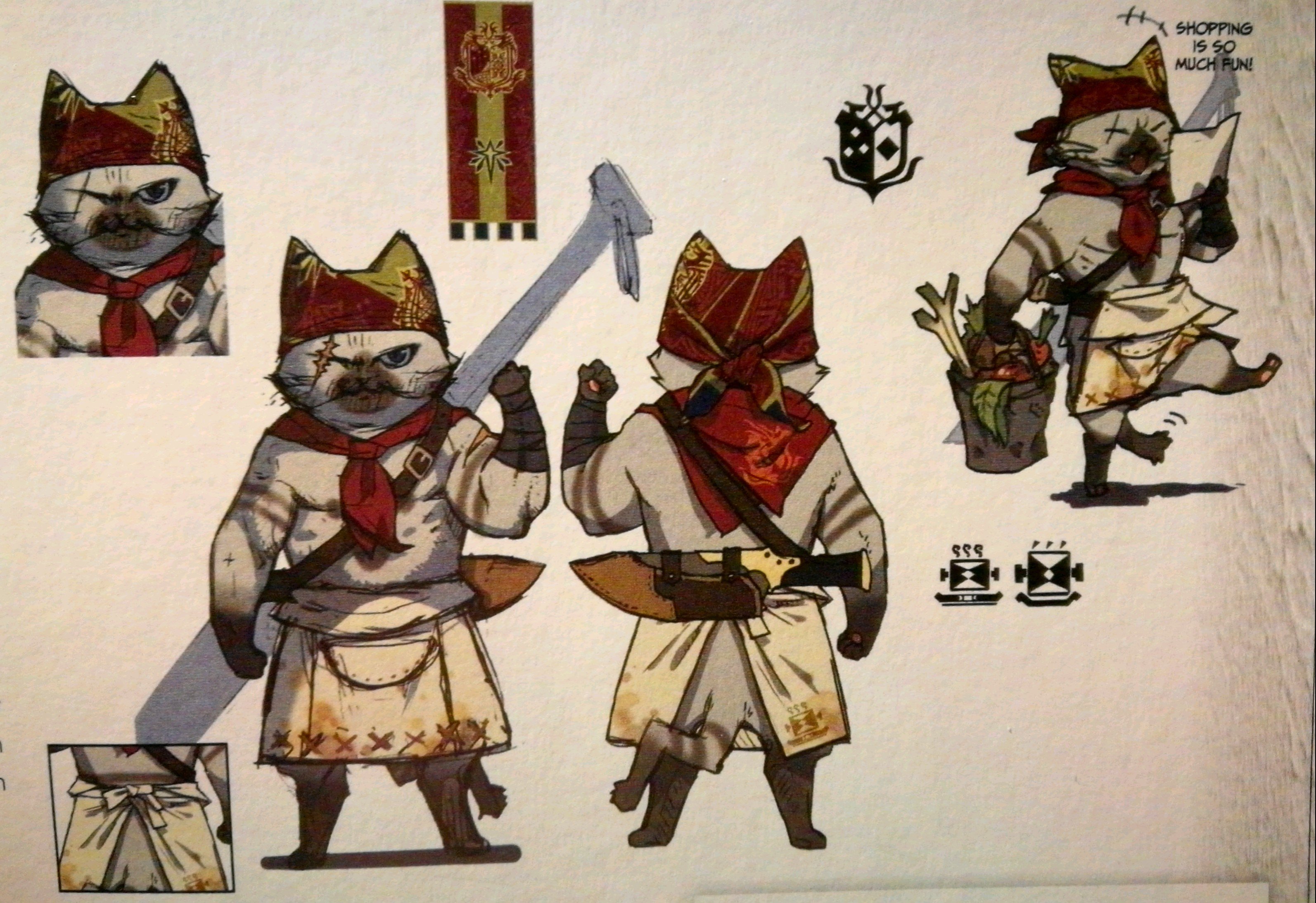 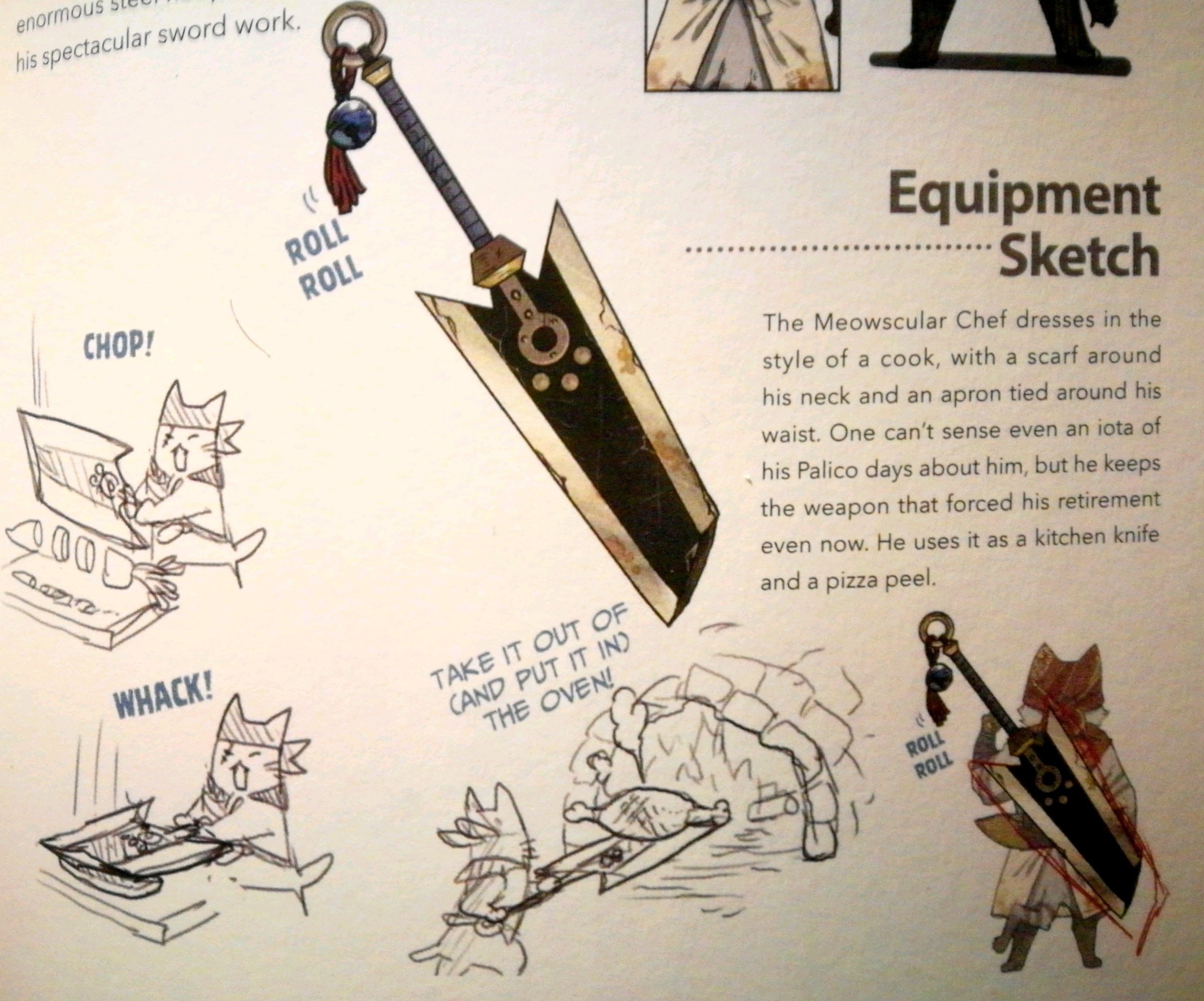