Excitable A-Lister is an NPC in Monster Hunter World (MHW). NPCs are non-playable characters that interact with the Hunter during the story or optional activities in game. According to the General after the defeat of Fatalis, his real name is Aiden.

Excitable A-Lister is known to have an outstanding personality. He can be quite insightful in some situations.

Brought aboard by the Research Commission, Excitable A-Lister is a part of the Fifth Fleet. The fleet's mission is to follow Zorah Magdaros and discover the answer to the Elder Crossing. Before joining the Research Commission's expedition to the New World, he carried out many Special Assignments from the Guild in the Old World(he was part of the Ace Hunters, with himself previously being called the Ace Cadet). He is skilful at learning how to use any weapon or item in a short time, so he is generally experienced in every weapon type. His dexterity and agility could be said to be already at an expert level.

Thanks to his mentor's advice, he never neglects his armor, but he has been incautious before. While on a large-scale assignment in the Old World, he was put through the mill with a certain monster. A novice, he exposed his mentor and others to danger due to negligence. This bitter experience motivated his growth in the New World.

He also has a mentor named Julius, whom he promised that he would "stand and fight" whatever came his way. This mentor was presumably the leader of a group called "Ace Hunters" that took on Special Assignments from the Guild. That man was full of conviction and pride and had an upright, serious personality.

Excitable A-Lister (Japanese 陽気な推薦組) is the partner of the Serious Handler. Like her, he is a part of the Fifth Fleet of the Research Commission. At first glance he has what could be called an easily excitable personality, but on expeditions and hunts he displays keen insight and quick-witted practicality. He has a track record of taking on Special Assignments. 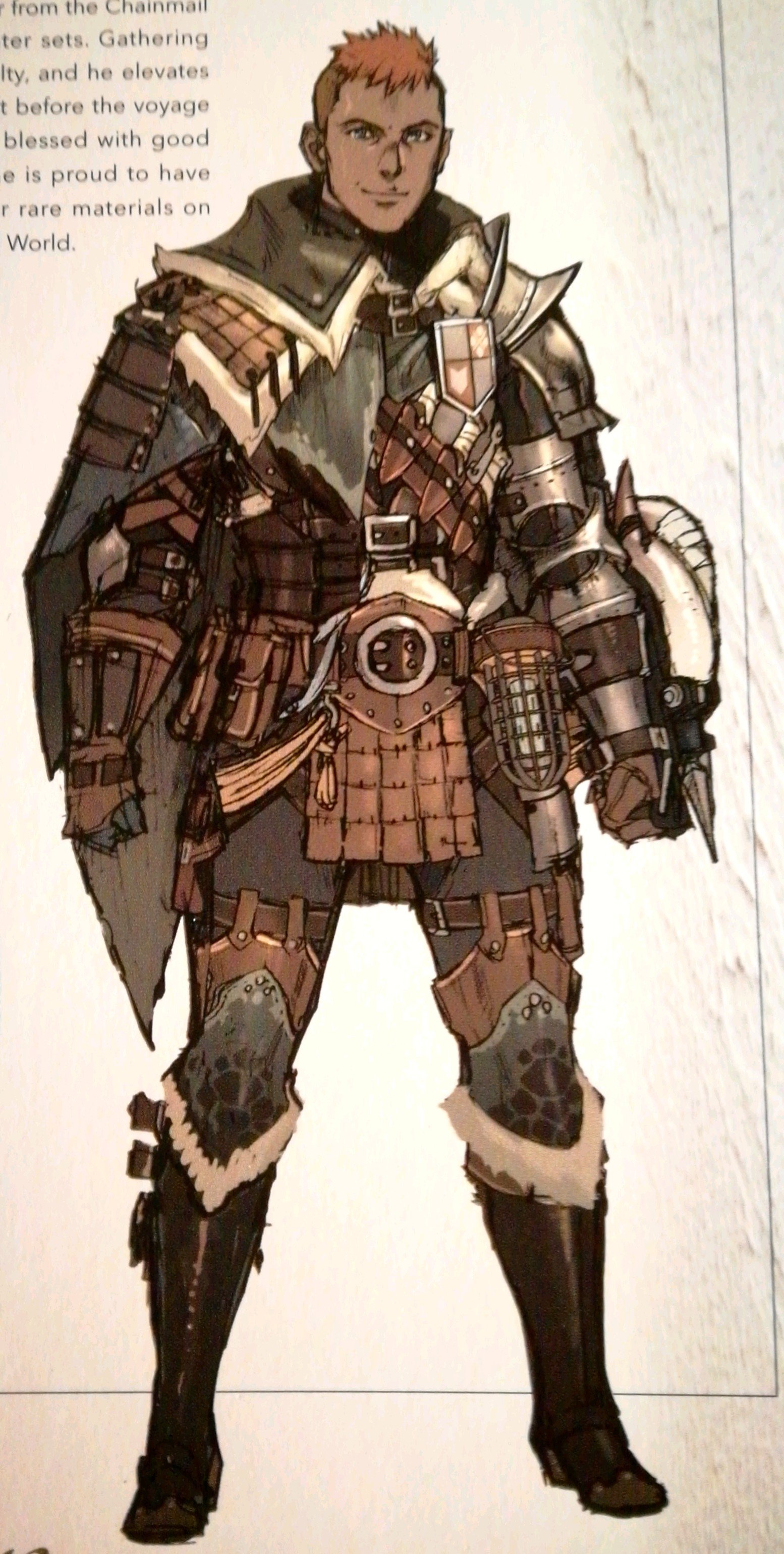 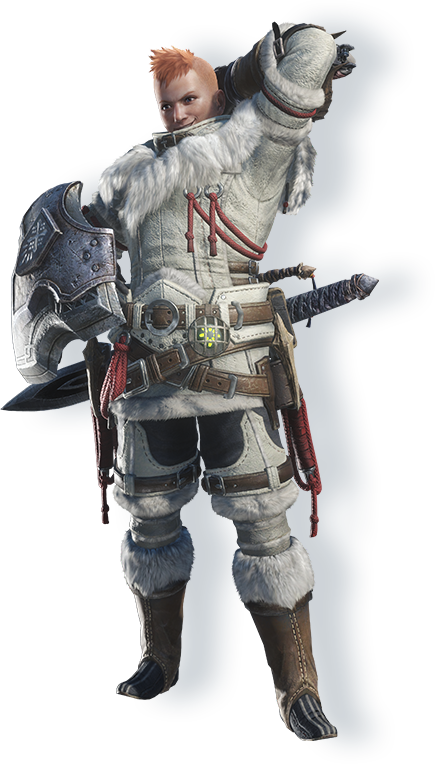