The Gathering Hub is a Location in Monster Hunter World (MHW).

There are two Gathering Hubs:

The Gathering Hub (集会エリア) is a tavern that also serves as an online gathering place for up to 16 hunters at a time. You can go on quests, have a meal, or even enjoy a friendly round of arm-wrestling.

The Gathering Hub allows all Hunters in a Session (up to 16) to appear in the same place. Hunters can interact with Gestures, Chat, and the Arm Wrestling tables found there.

When it's center section was seriously damaged, the First Fleet's ship was left as is, shipwrecked on top of a rocky crag. It is now used as the Gathering Hub. Recently, the sails were repurposed to keep out the sun.
Every Day, members eat with associates here and then set off on expeditions. At the bow of the ship is the quest departure door, where Wingdrakes can be seen waiting for a signal. Incidentally, the barrel set up for arm wrestling on the deck seems to be long-standing custom. The hunters like it for some reason.
At the stern is a cabin that has been remodeled into a hall called the chamber of the Five, Its large window depicts "The Tale of the Five", which has been passed down as a fairy tale and is the basis for the Commission's sigils. This place strengthens the hearts of those who live in Astera. Sometimes, the Commander visits it alone.

The First Fleet's ship was converted into a tavern and Gathering Hub called the Celestial Pursuit and is managed by these four women(Hub Lass, Arena Lass, Event Manager, Hub Provisions). Dispatched by the Guild, these women provide information on quests and events and sell goods. They are assigned their own roles and are in charge of those affairs.

While overseeing the interactions of the hunters with each other, these women hurriedly work at their duties and have been recognized by the Guild as being superior human resources. This is because they are knowledgeable in a wide array of fields, starting with monster ecology, which allows their work to proceed smoothly. As for their duties at the Celestial Pursuit, the Event Manager is in charge of Squad administration, while the Hub Lass and Arena Lass give out their quests for their respective domains. Besides them, Hub Provisions handles the procurement and sale of goods.

The Guild Receptionists wear uniforms issued by the Guild. Unlike the hunters and handlers, they don't go out into the field, so naturally they do not have any weapons or even Scoutflies. What they do carry with them is a book of information on a shoulder strap, a pouch containing implements needed for their work, and an ink bottle attached to their waists. The colors of their uniforms are left up to them to decide according to their own preferences. 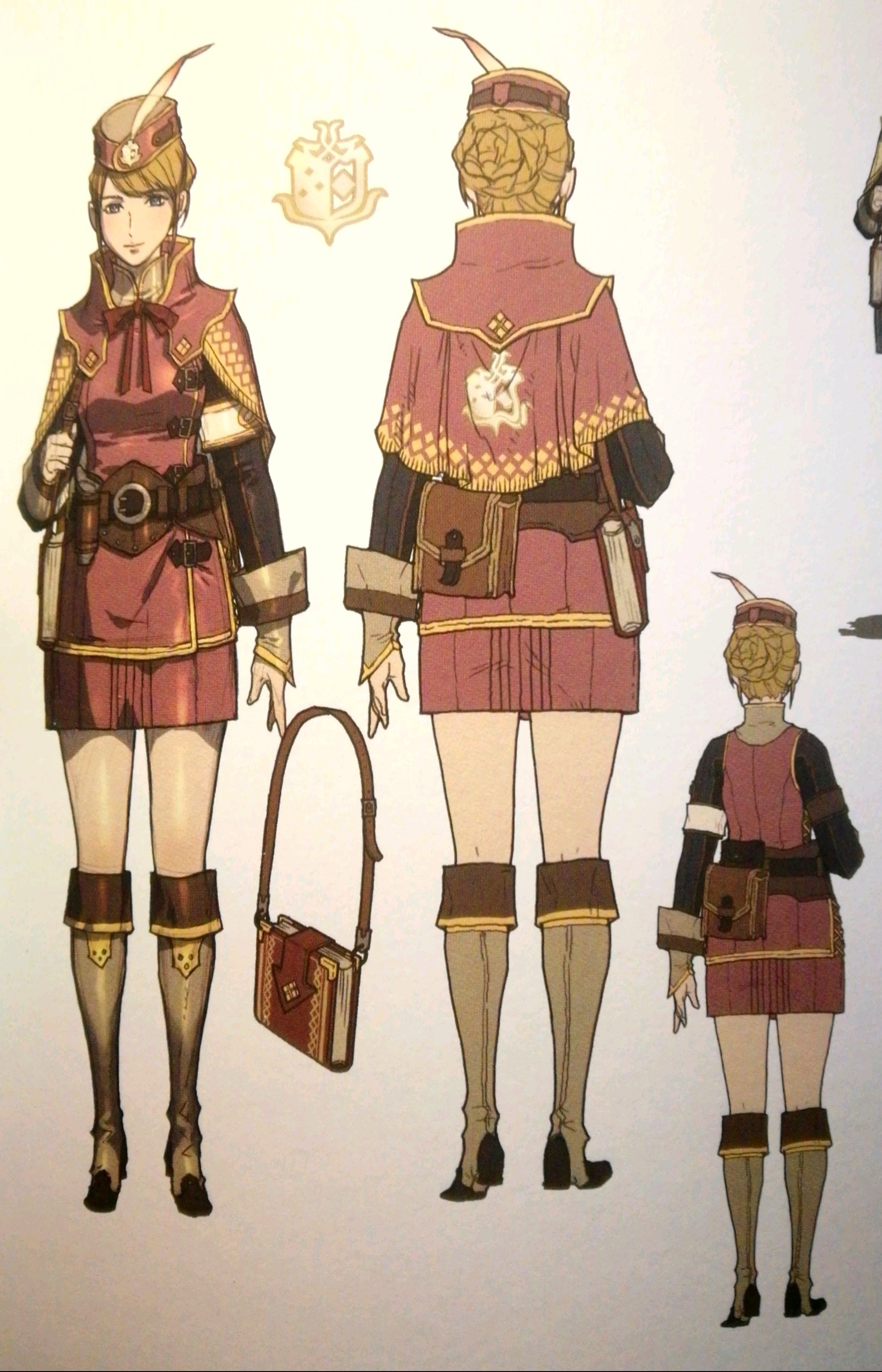 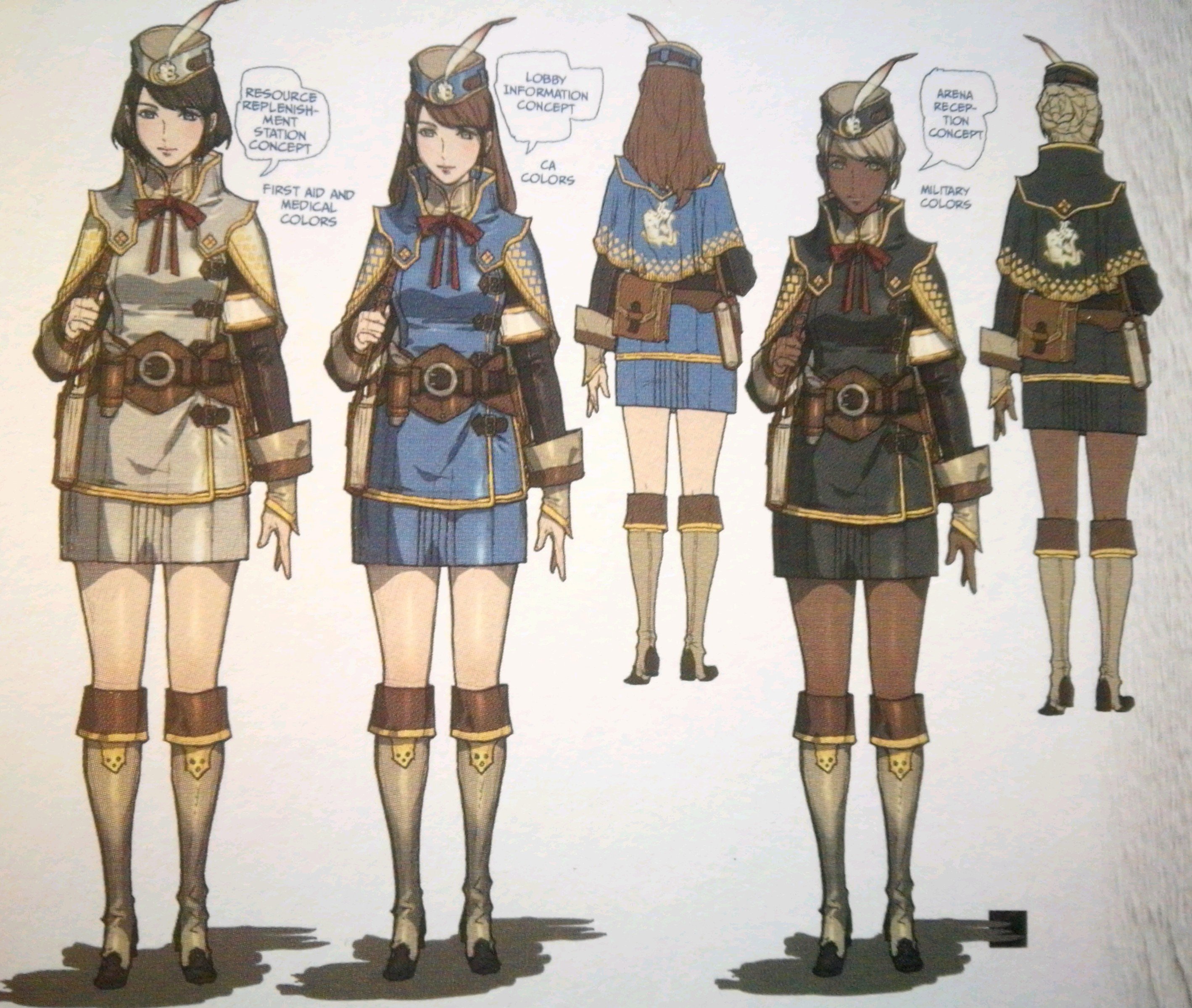 What better way to warm up after a cold hunt than to unwind with your friends in the steam bath or the hot springs? Or, cuddle up with your Palico next to the footbath! Check out all of the fun new actions you can perform in these areas while you relax with your friends between hunts!

The Gathering Hub allows all Hunters in a Session (up to 16) to appear in the same place. Hunters can interact with Gestures, Chat, and the various Hot Springs, Footbaths and Sauna located around the hub. You can change between full armor and swimwear while enjoying the facilities for a more immersive experience. 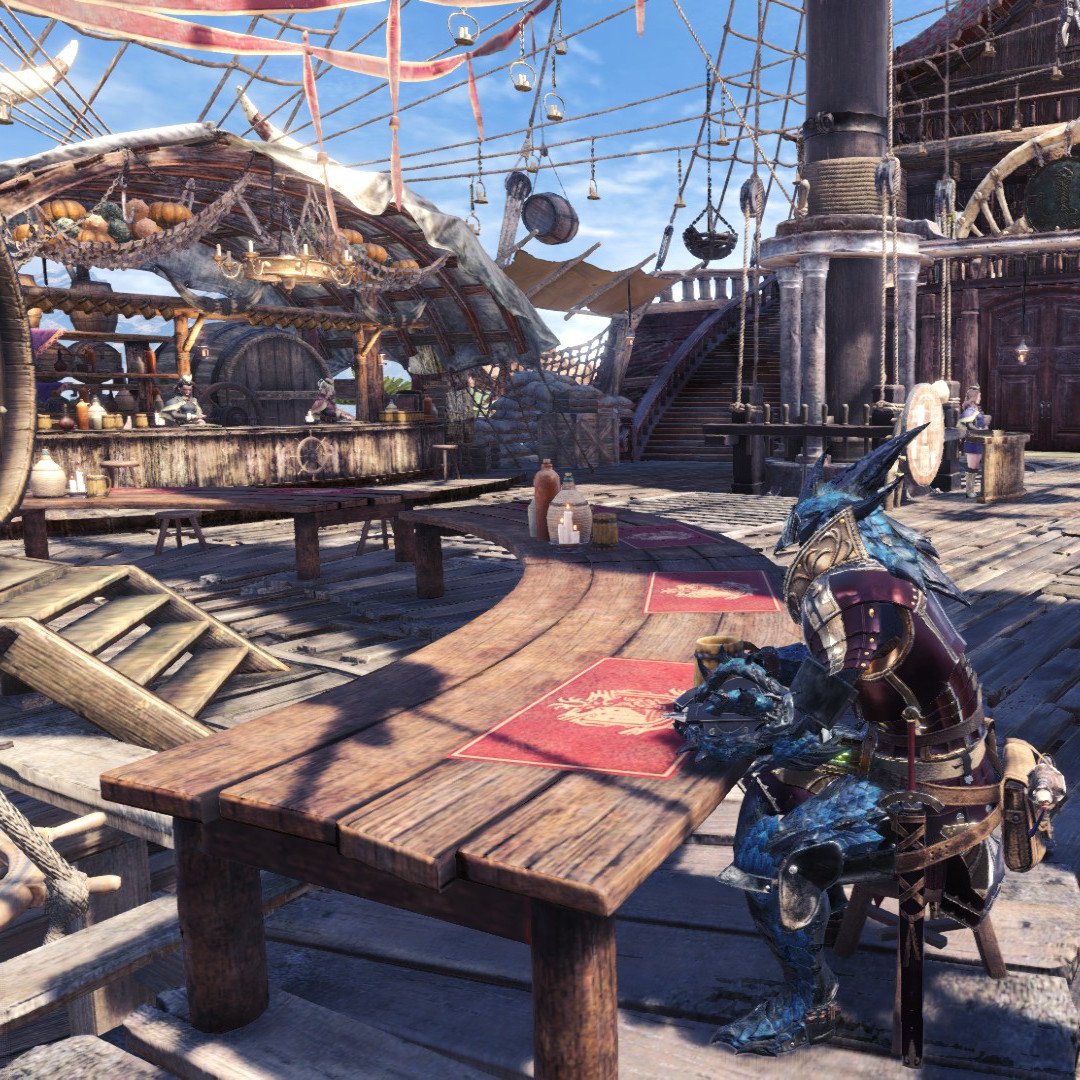 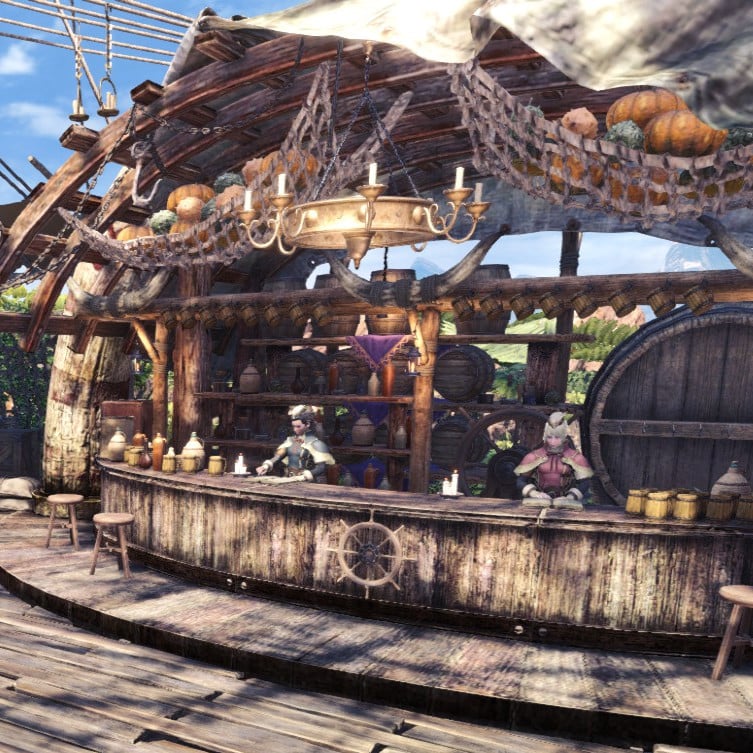 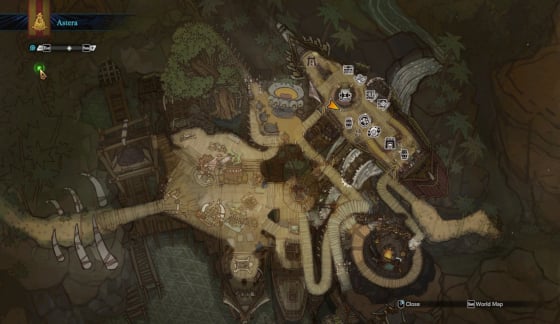 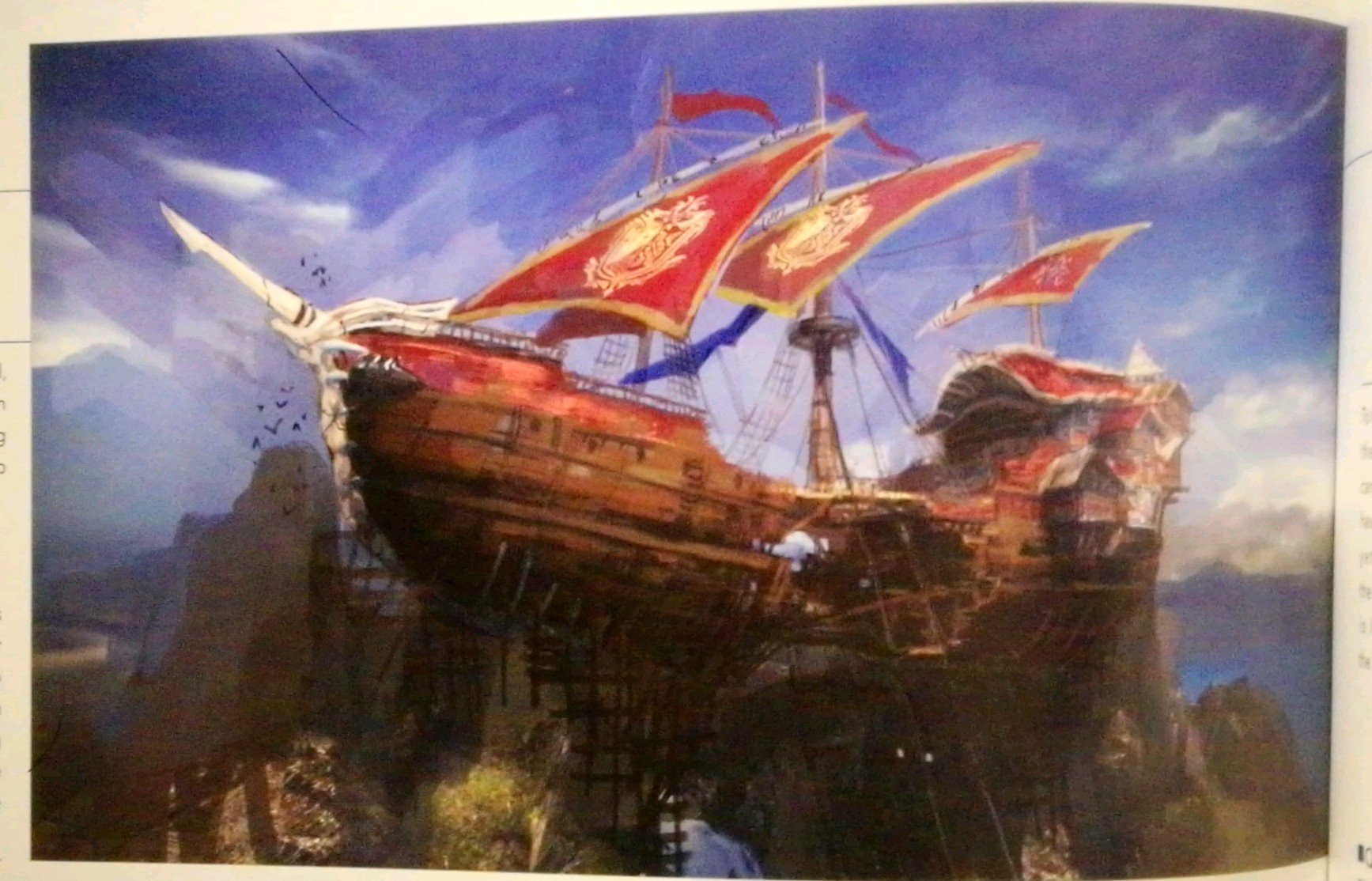 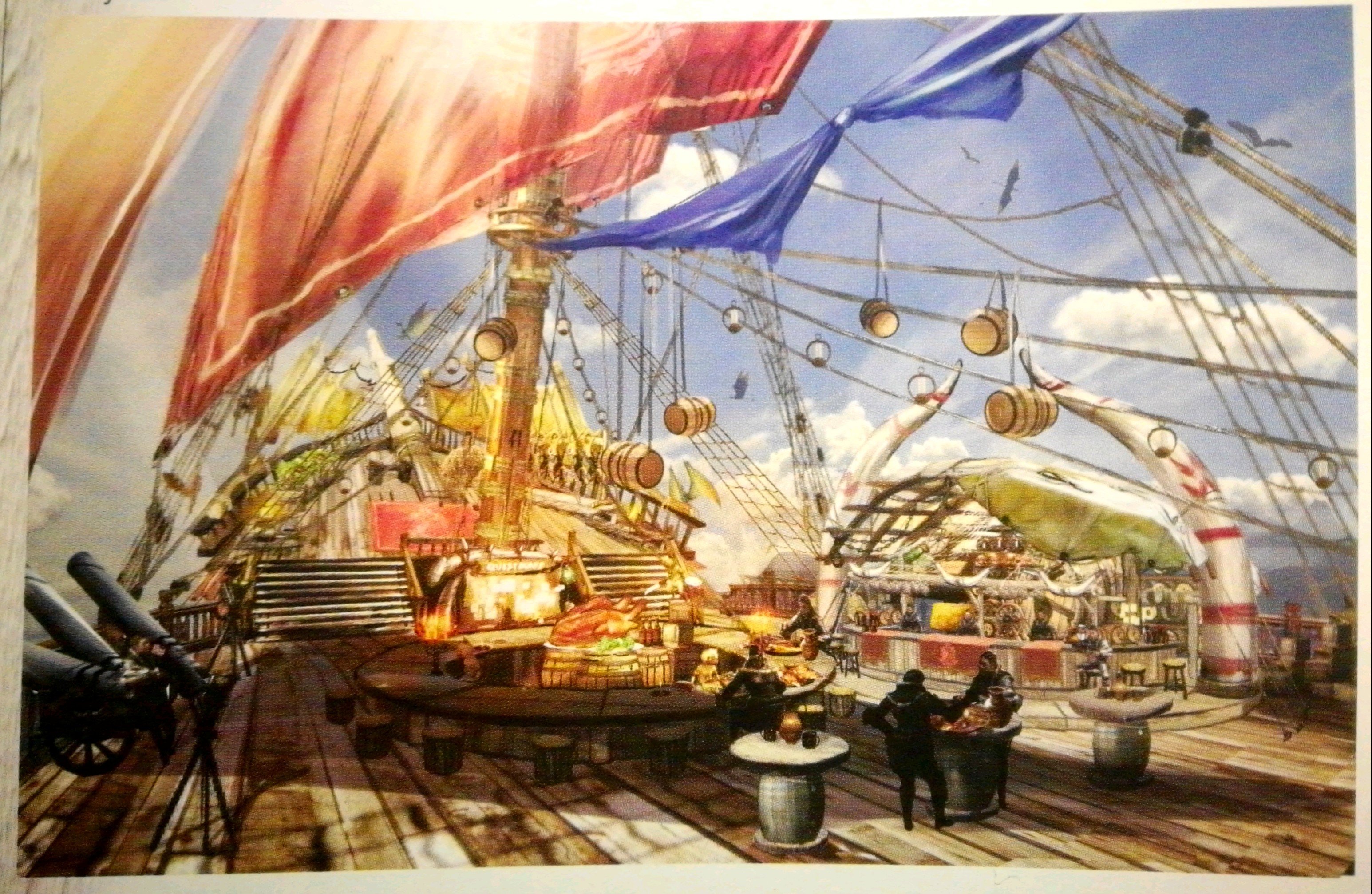 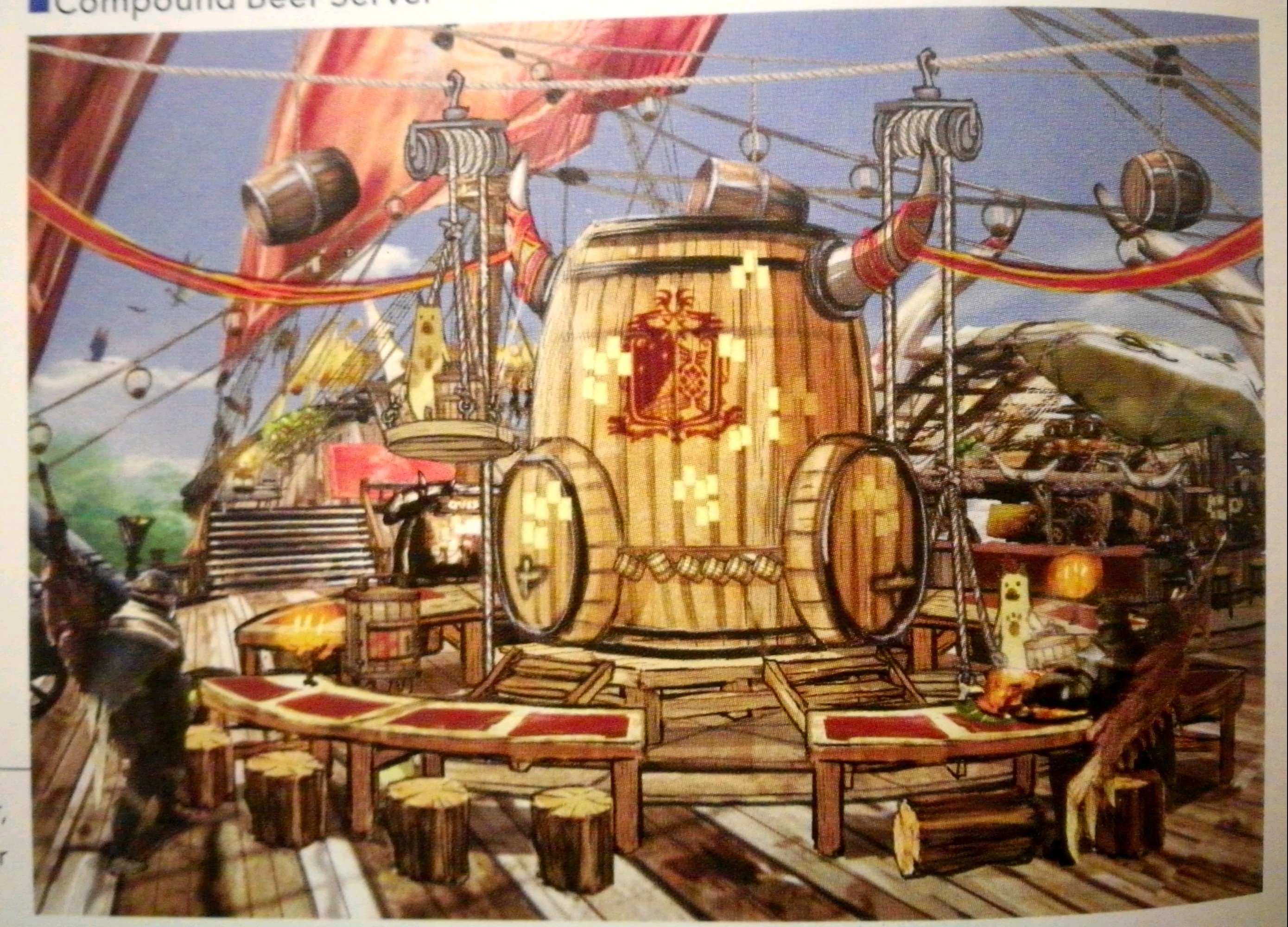 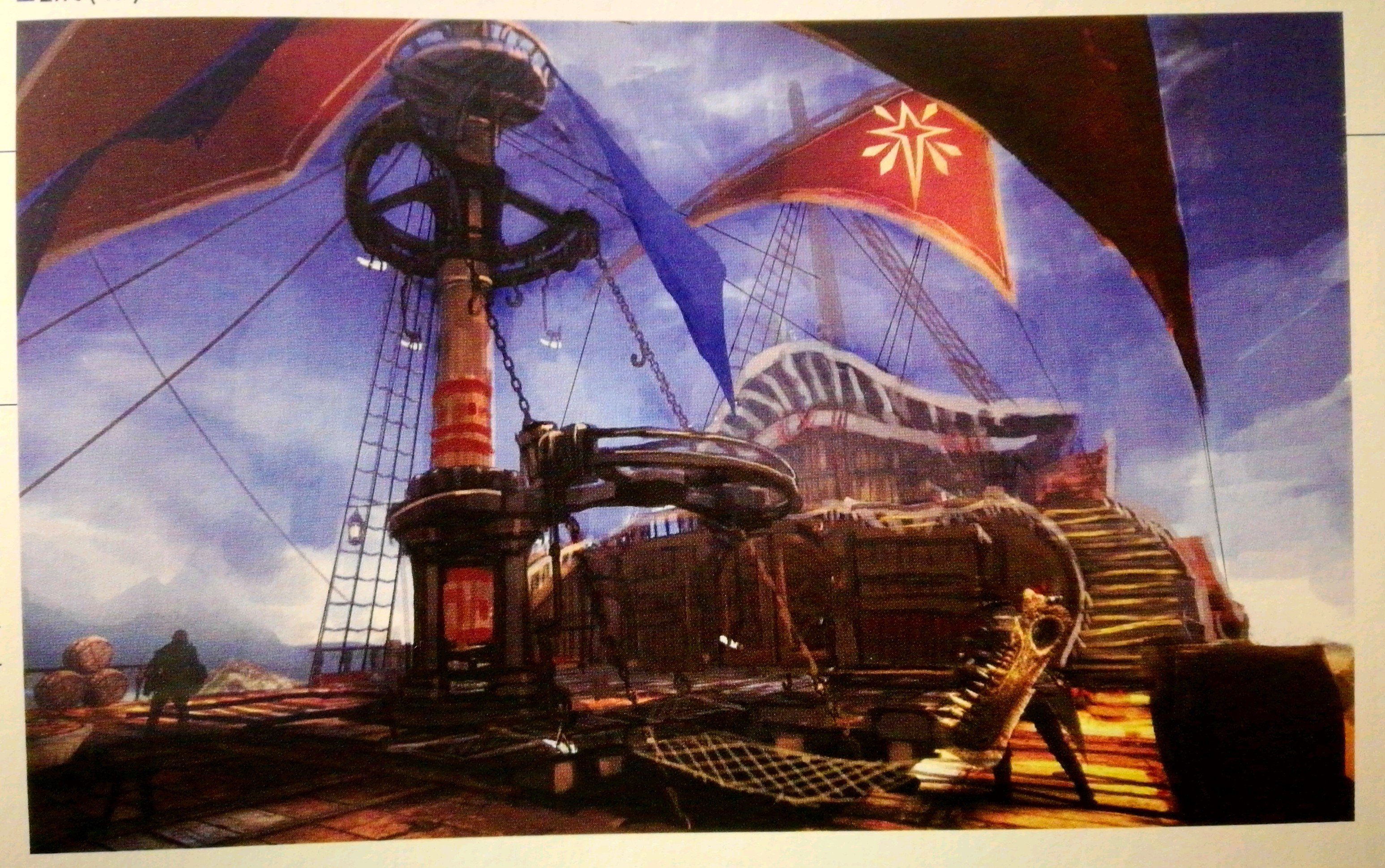 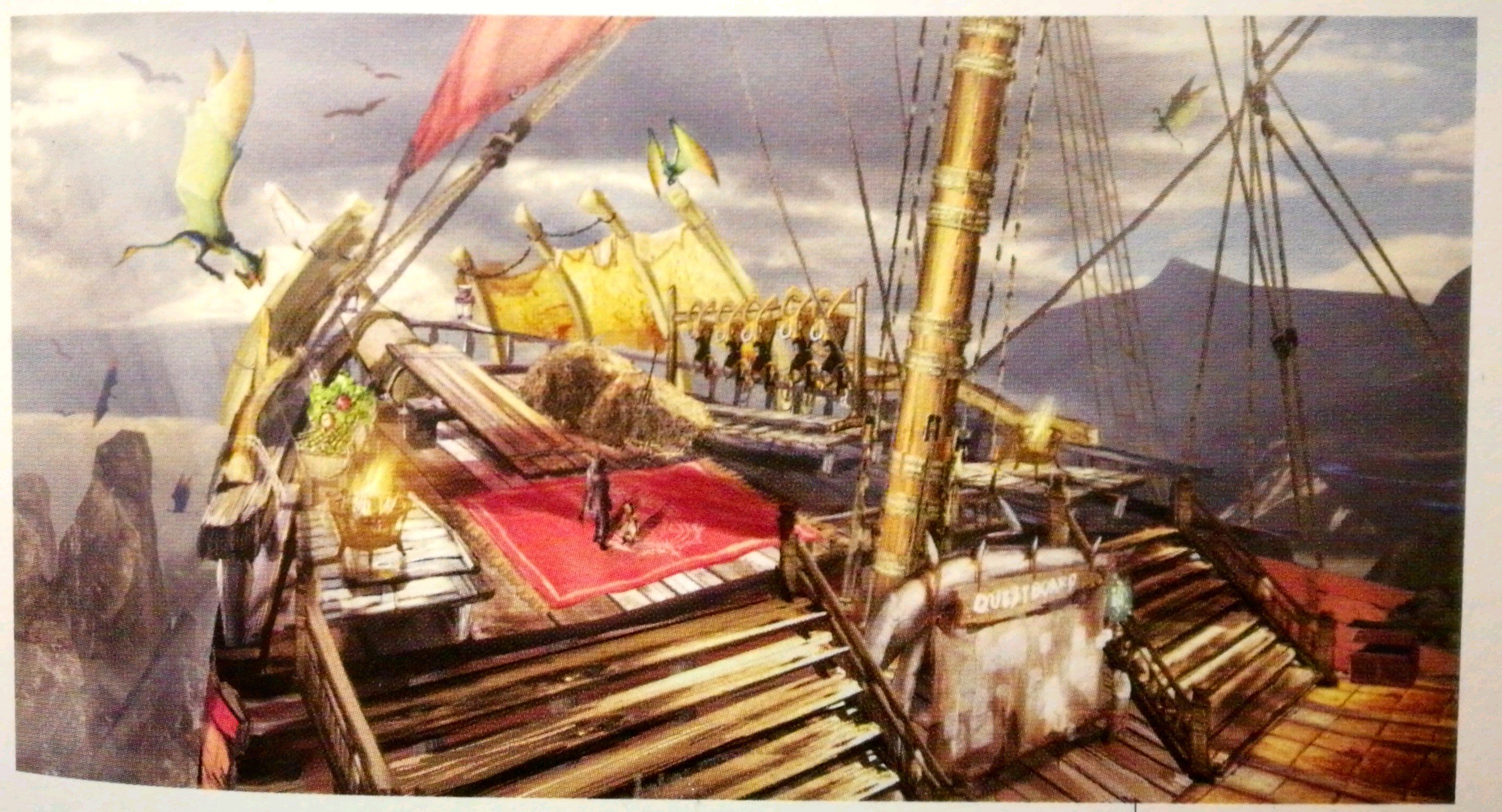