Seliana Supply Cache is a Location in Monster Hunter World (MHW). Different areas of the game have a different look and feel, map and special unique monsters that spawn within them.

Seliana Suply Cache (兵器置き場) is an area built to defend Seliana from Velkhana. The arena is equiped with multiple defense/fort equipment with the notable giant gate and the Dragonrazer. 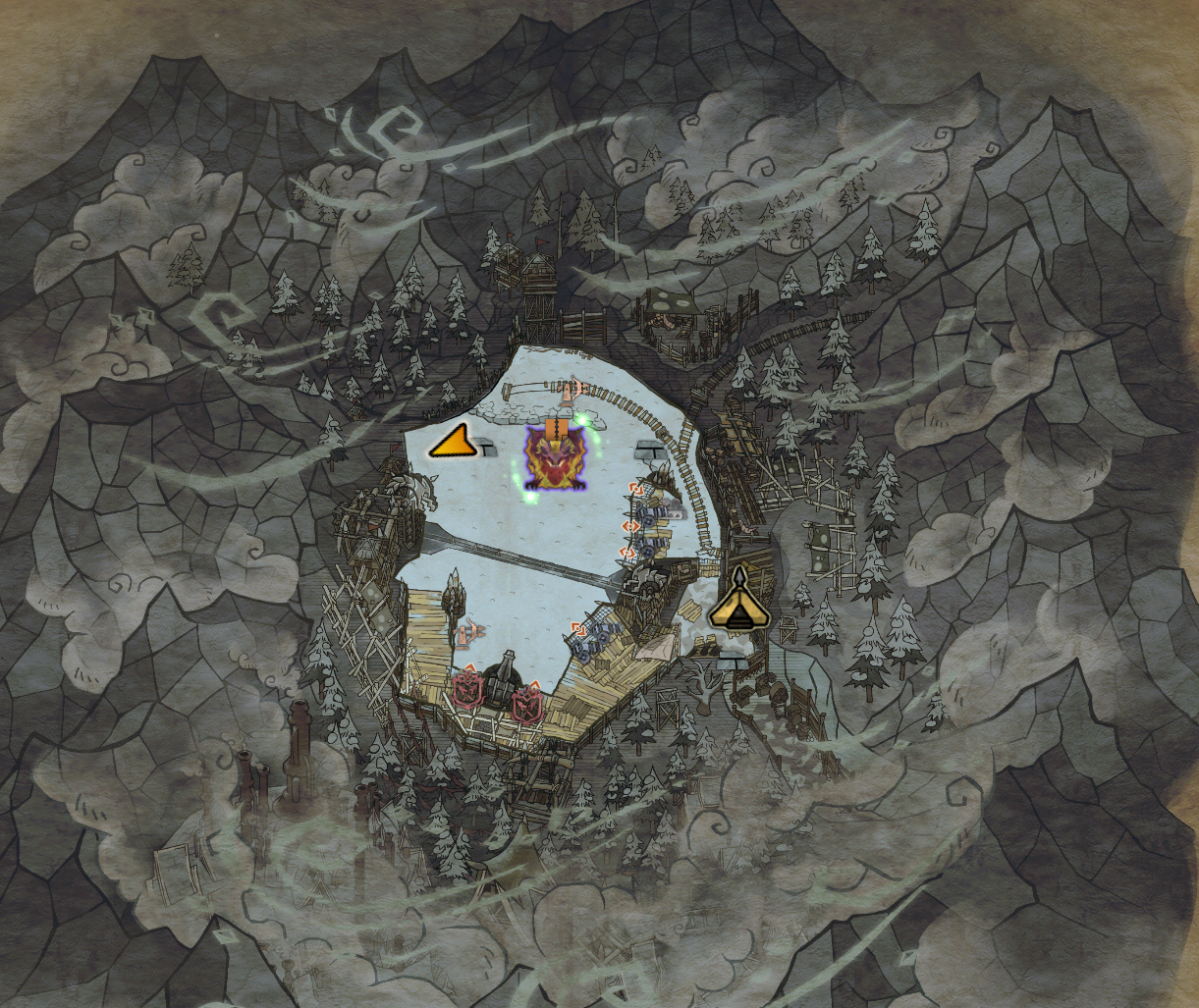 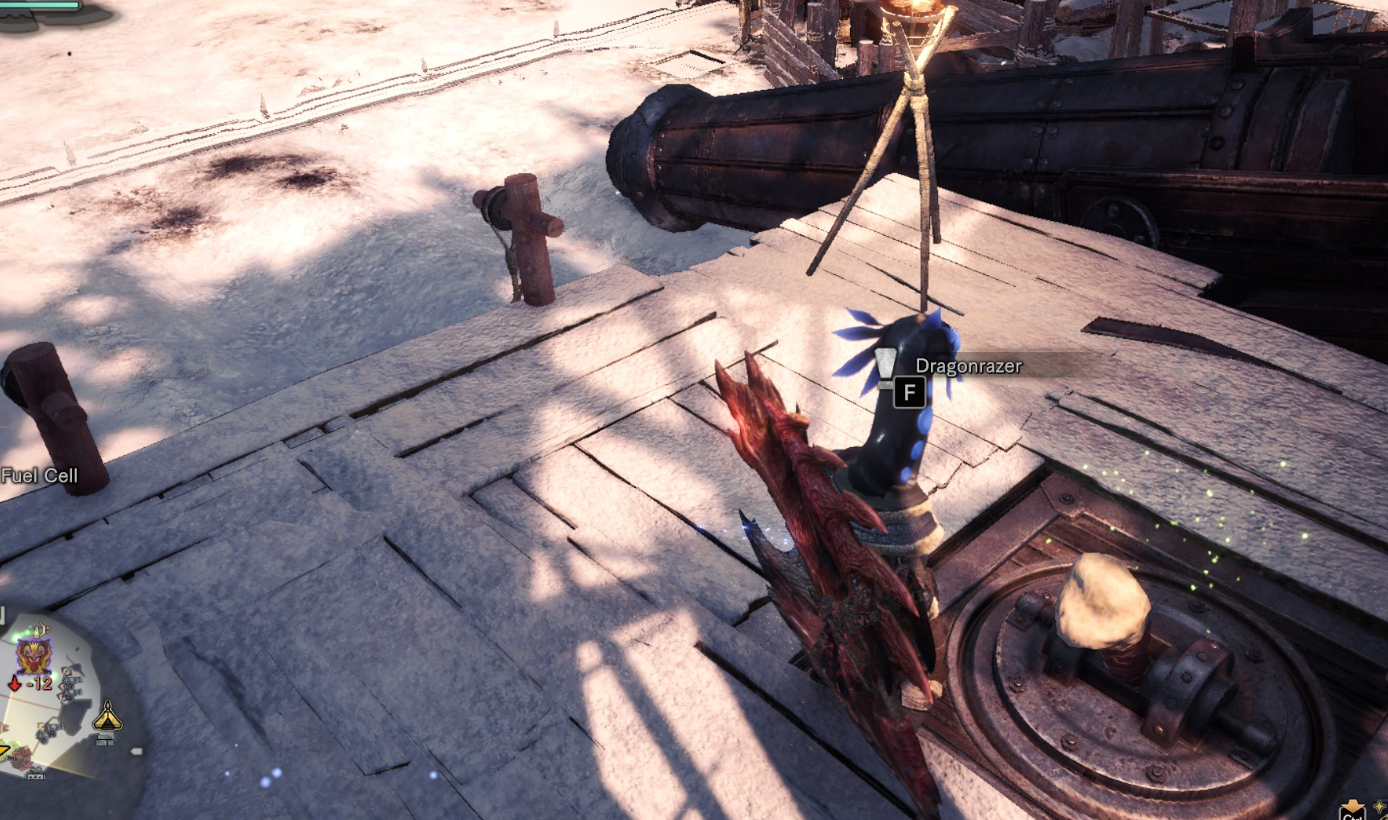 Dragonrazer ready to be used 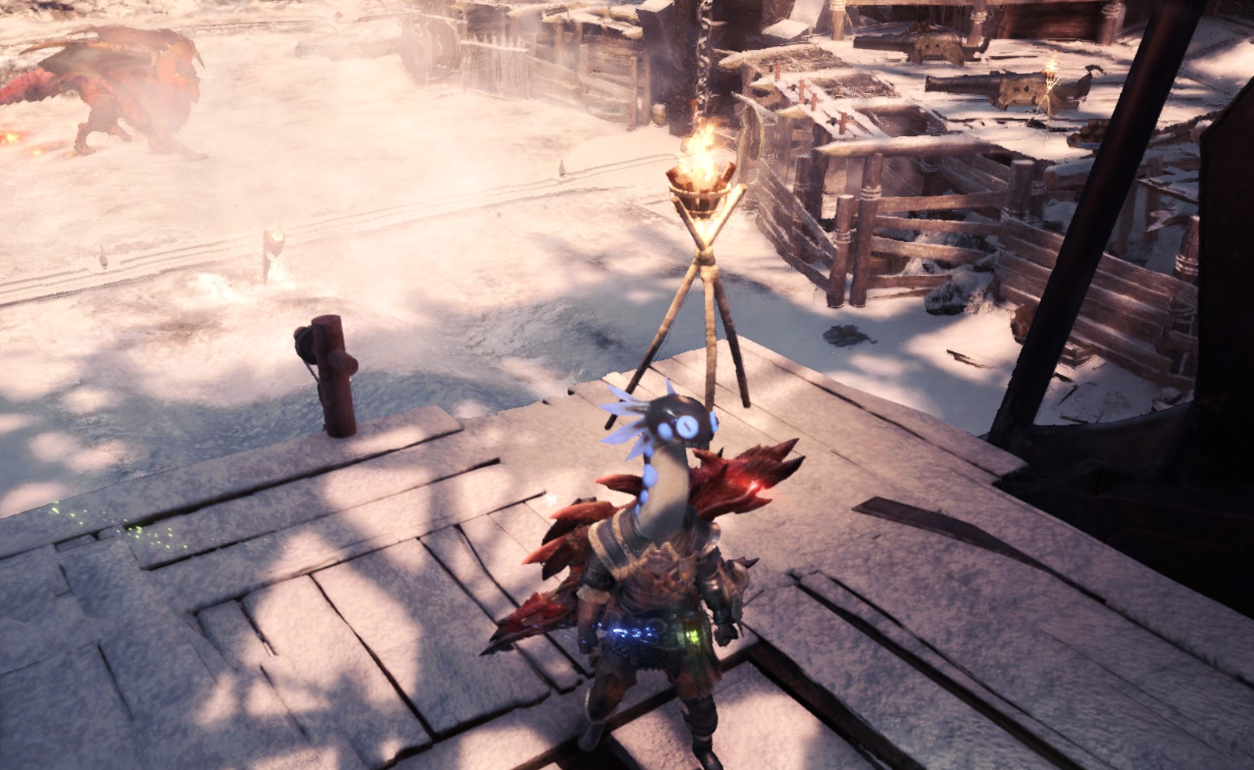 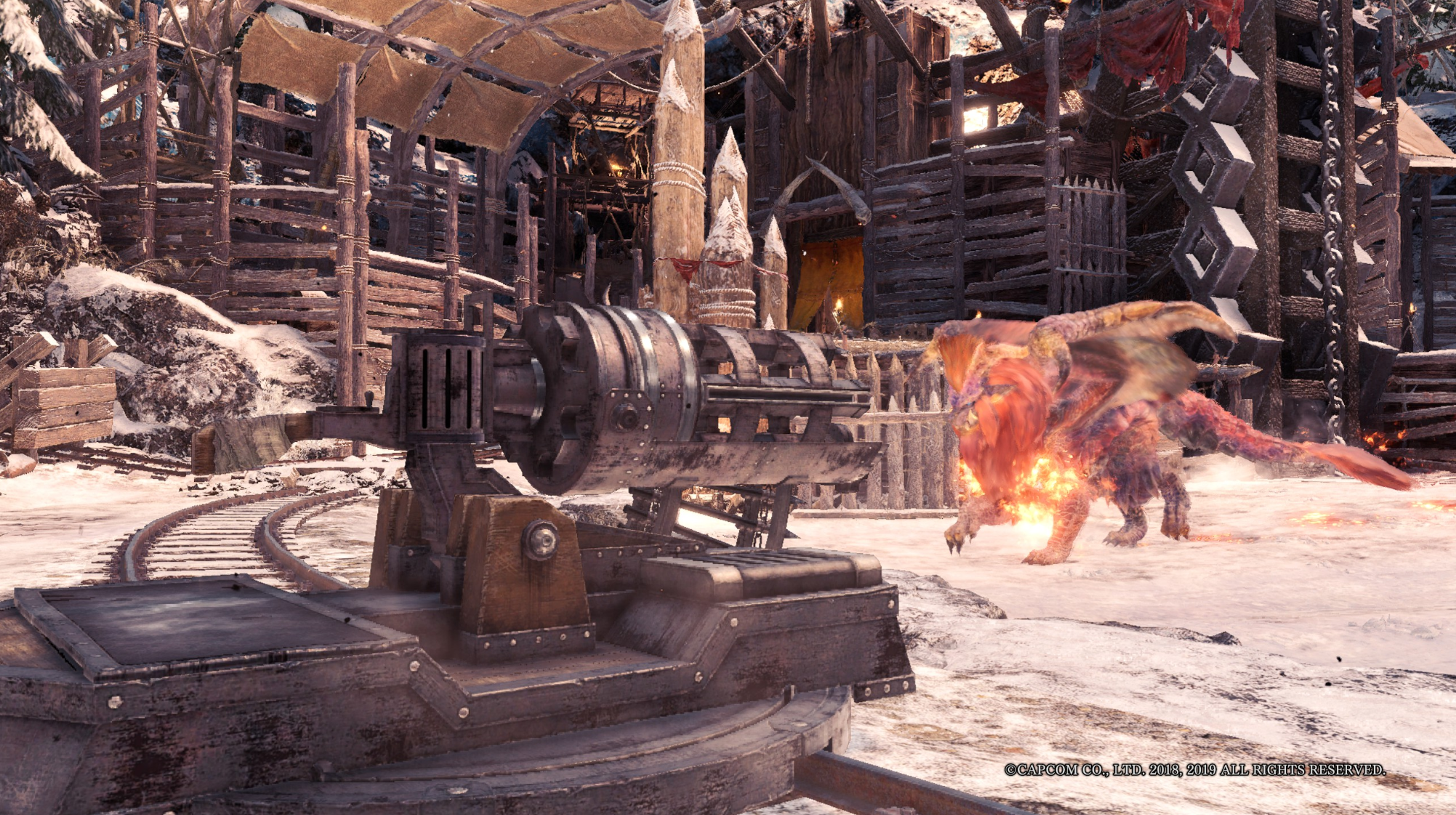 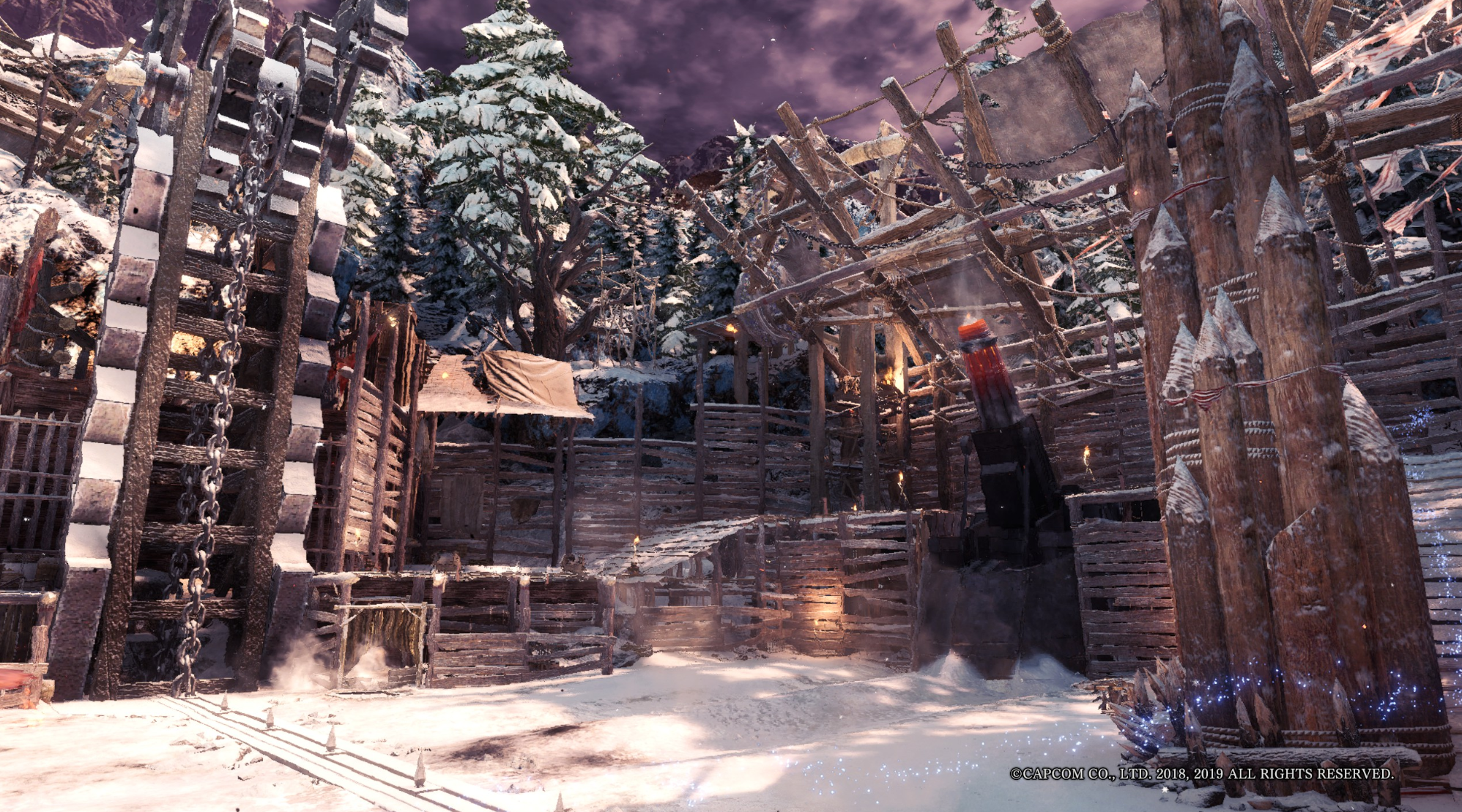 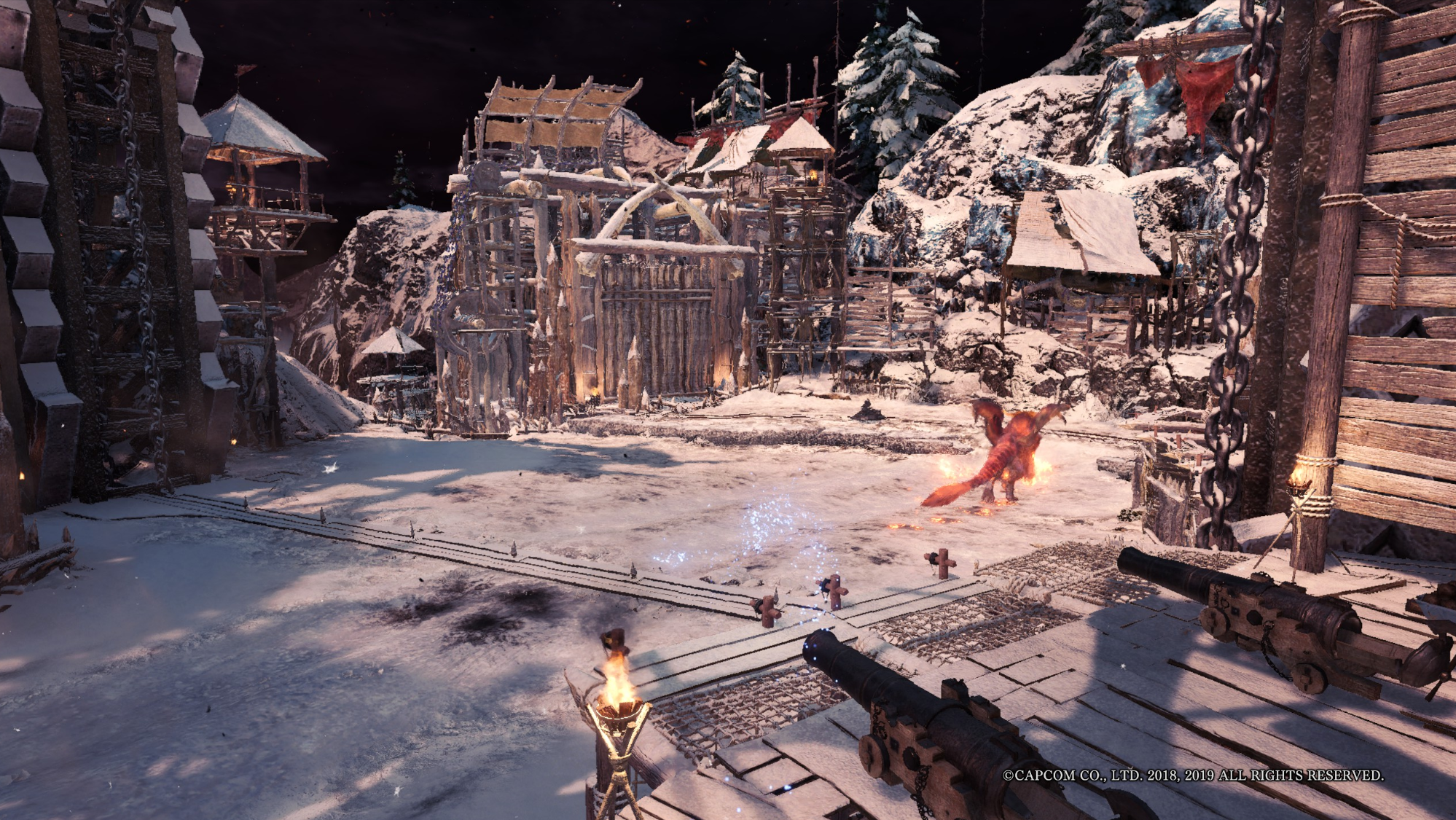