Barnos is a Small Monster in Monster Hunter World (MHW). バルノス in Japanese.

Fervid wingdrakes that have flourished under harsh living conditions. They target intruders with a unique acidic agent, and then attack as a swarm.

Armor related to the Barnos Monster. 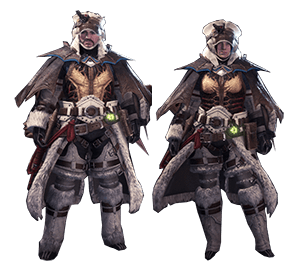 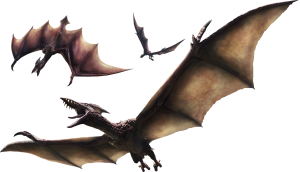