Downy Crake is an Endemic Life creature in Monster Hunter World (MHW). These animals are found out in the field, and can be captured by dedicated Hunters looking to research the New World.

You caught a Downy Crake!? They've been seen on the backs of monsters before, but you're the first person EVER to catch one!

You can find Downy Crake in:

You can capture Downy Crake by using the infinite item "capture net" then aiming for the creature with the control's trigger and pressing Square on your controller when the outline of the frame turns orange. 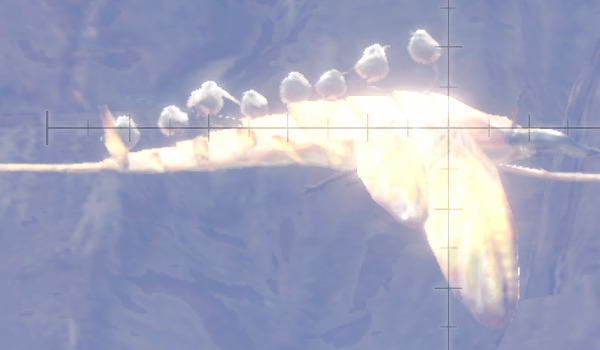