Deviljho is a Brute Wyvern in Monster Hunter World (MHW). イビルジョー (恐暴竜) in Japanese. It was added in a free update on March 22, 2018(Console) & September 6,2018(PC) and was not part of the game's original launch.

A monster that must feed constantly and will devour anything in its path, even feeding on the largest of monsters with its massive jowls.

Deviljho will invade 6★ Quests, 7★ Quests, and high rank expeditions once players have completed the investigation for the “??? Rathian” in the main story. When players load up they will get a prompt saying that Deviljho is found somewhere in the world. For the fastest way to find it:

It is best to collect it tracks and capture it but slaying it is fine too.  Note that you do not have to hunt it at this point, collecting tracks is enough. After players have done so, head back to Astera to check in with the jovial researcher for a cutscene; this will unlock the Deviljho special assignment. Players will have to hunt a Deviljho in Ancient Forest. Hunters will be able to acquire the new mantle, Dragonproof Mantle, after completing the mission. 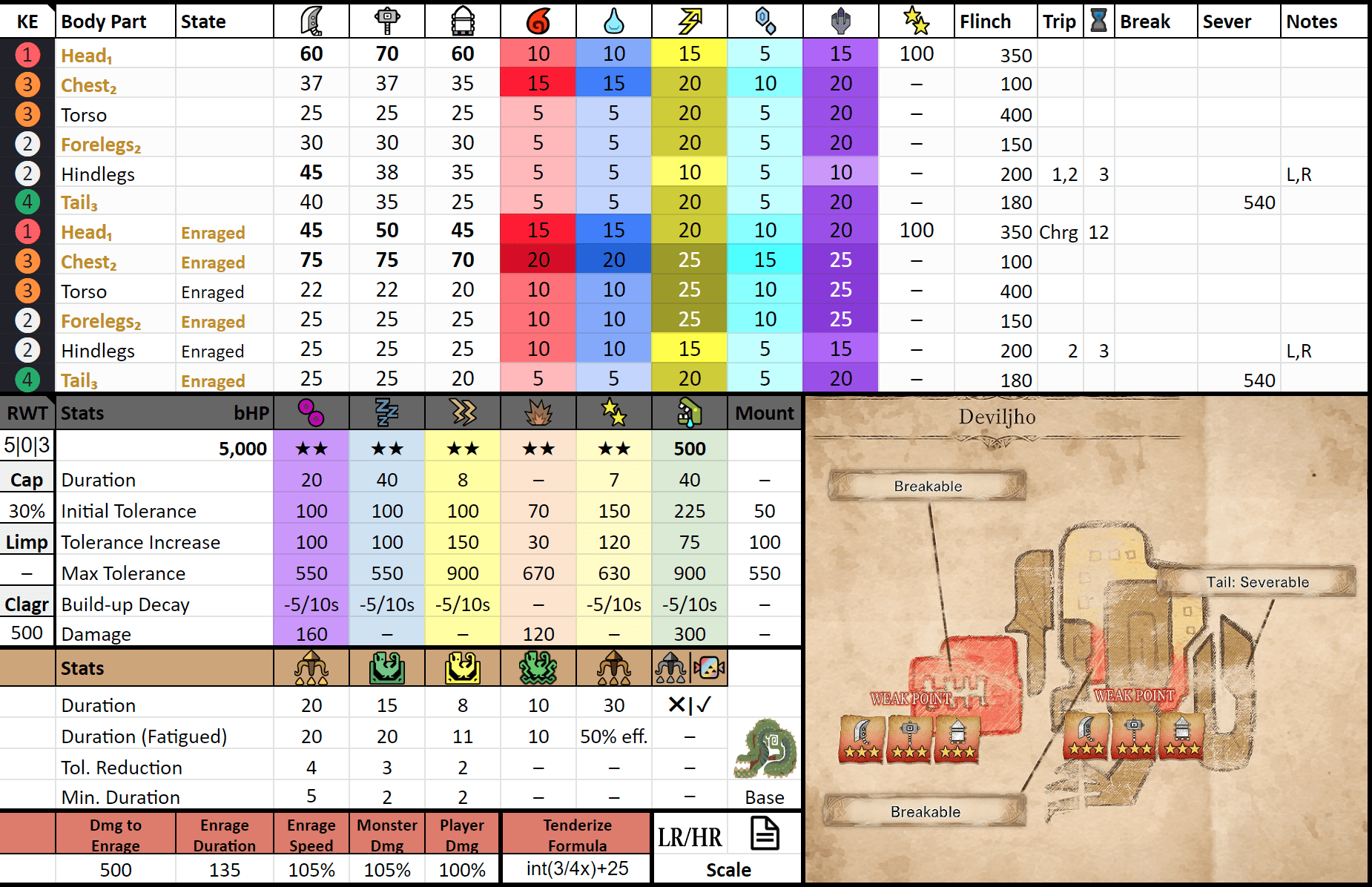 Armor and Weapons related to the Deviljho Monster. 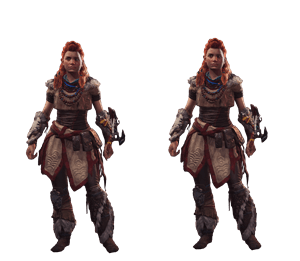 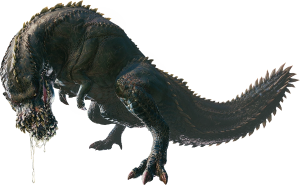