Kulve Taroth is an event monster that is only found in the Kulve Taroth Siege event quests in the Gathering Hub. It is an Elder Dragon in Monster Hunter World (MHW). マム・タロト  in Japanese.

An Elder Dragon that protects itself with a glittering coat of metal. Its ecology and coat differ with each appearance, thus the need for a thorough investigation. An exhaustive investigation is required in order to break Kulve Taroth's giant gold plated horns. Pursue the monster to learn more about it. Gather tracks and recruit hunters to help you further your investigation

2. Objective: Slay Kulve Taroth - The objective of the quest is to slay Kulve Taroth before it escapes. During this quest, the red icon that appears in the minimap shows if it's enraged or not.

3. No pursuit Levels or Reward Levels - the quest does not contain pursuit levels or reward levels, so progress does not carry over to the next quest. Any progress made on the Kulve Taroth Siege itself will not be affected by this event quest.

4. SOS available - During the quest, you can fire SOS flares. MR KT scales with multiplayer, unlike her base game counterpart.

OBJECTIVE
Break the horns! Kulve Taroth has four stages.
Stage one you just need to do enough damage to stop her from retreating, easily done with cannons, falling boulders, and/or attacking her.
Stage two break 6 pieces of her gold plating.
Stage three break her gold plating, more easy than stage two if you can get her to sit on the erupting volcanoes and keep her put by using the falling boulders.
Stage four break her horns! All damage not towards the horns are a waste with the exception of arms(force a trip so you can attack her horns) 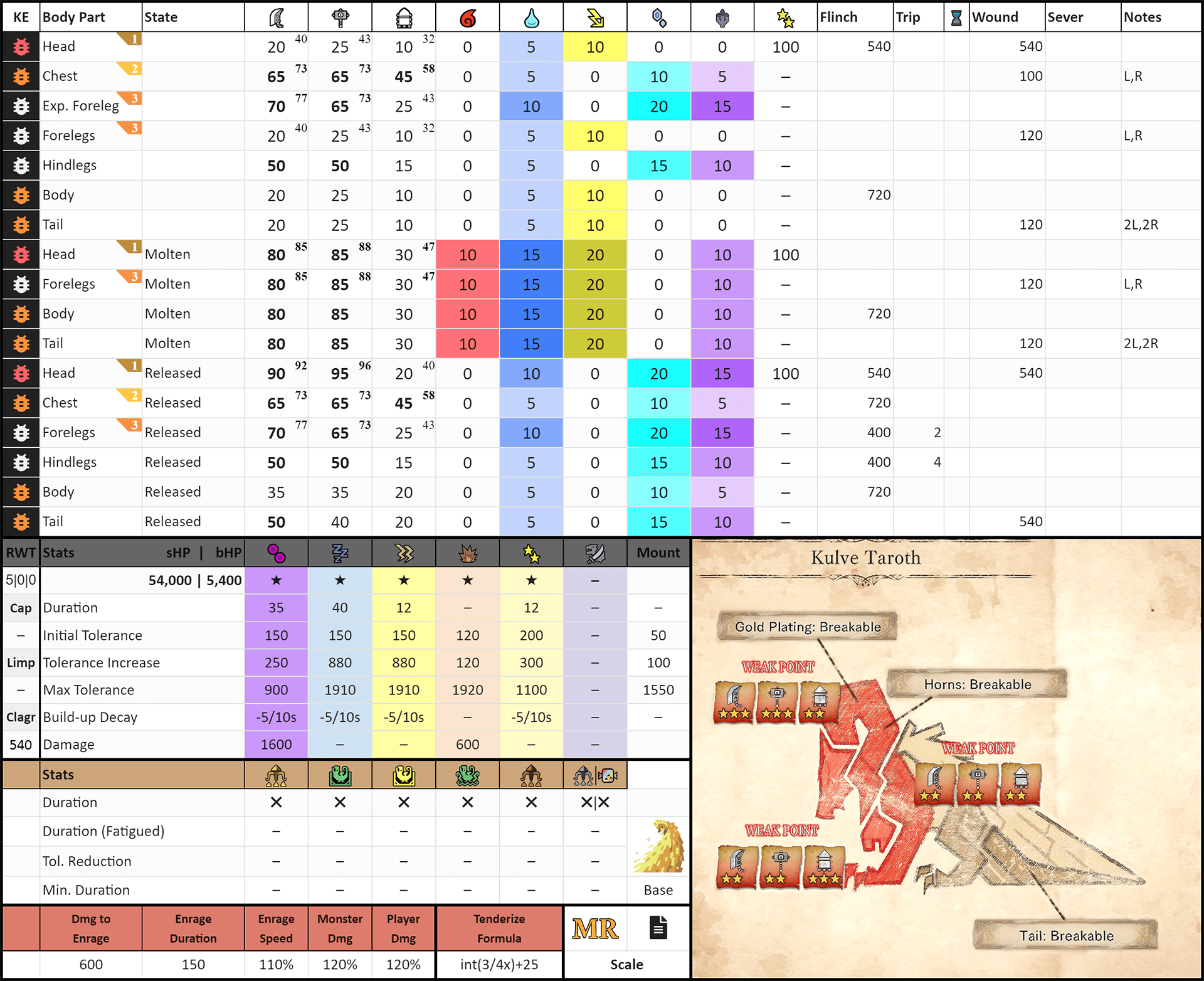 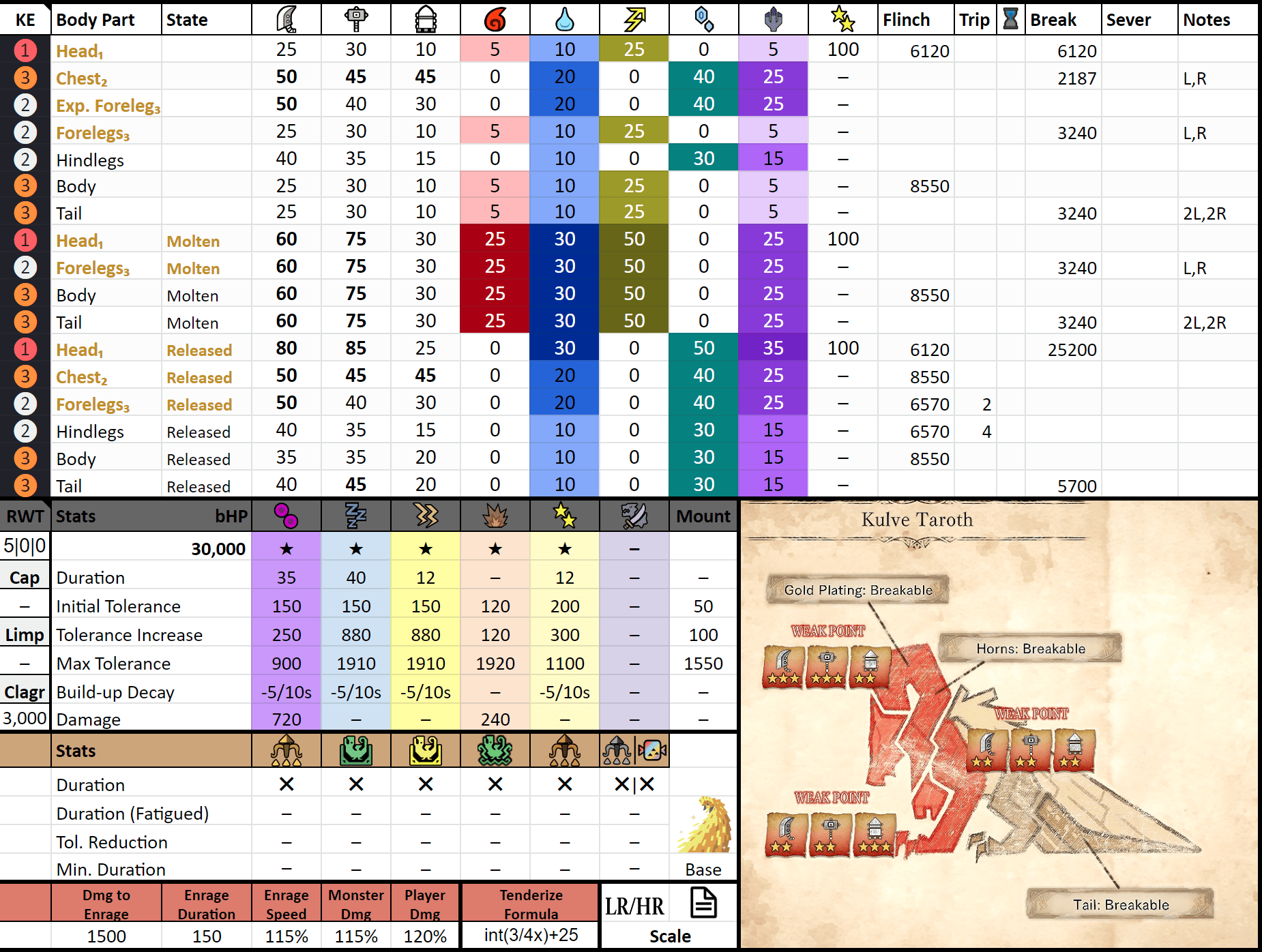 Armor and Weapons related to the Kulve Taroth Monster. 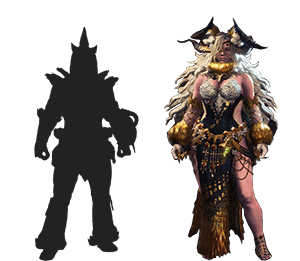 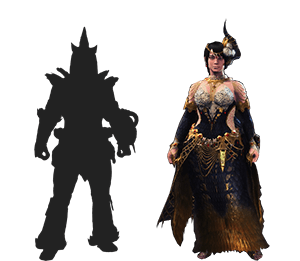 This collection of weapons can only be obtained through the 'The Fury of El Dorado' event. They cannot be upgraded. 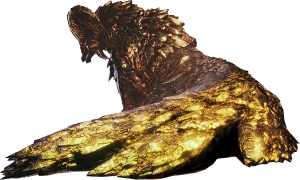